In order to give a completely renovated style to your home, sometimes it is necessary to make a fresh start and be encouraged to carry out a full refurbishment, as we did in this penthouse apartment located in La Albufereta, Alicante, in collaboration with COR Asociados.

The original idea was to open the apartment to the horizon. For this, we had to remove the existing walls and unify the rooms, thus creating a diaphanous and open space.

Details of the project 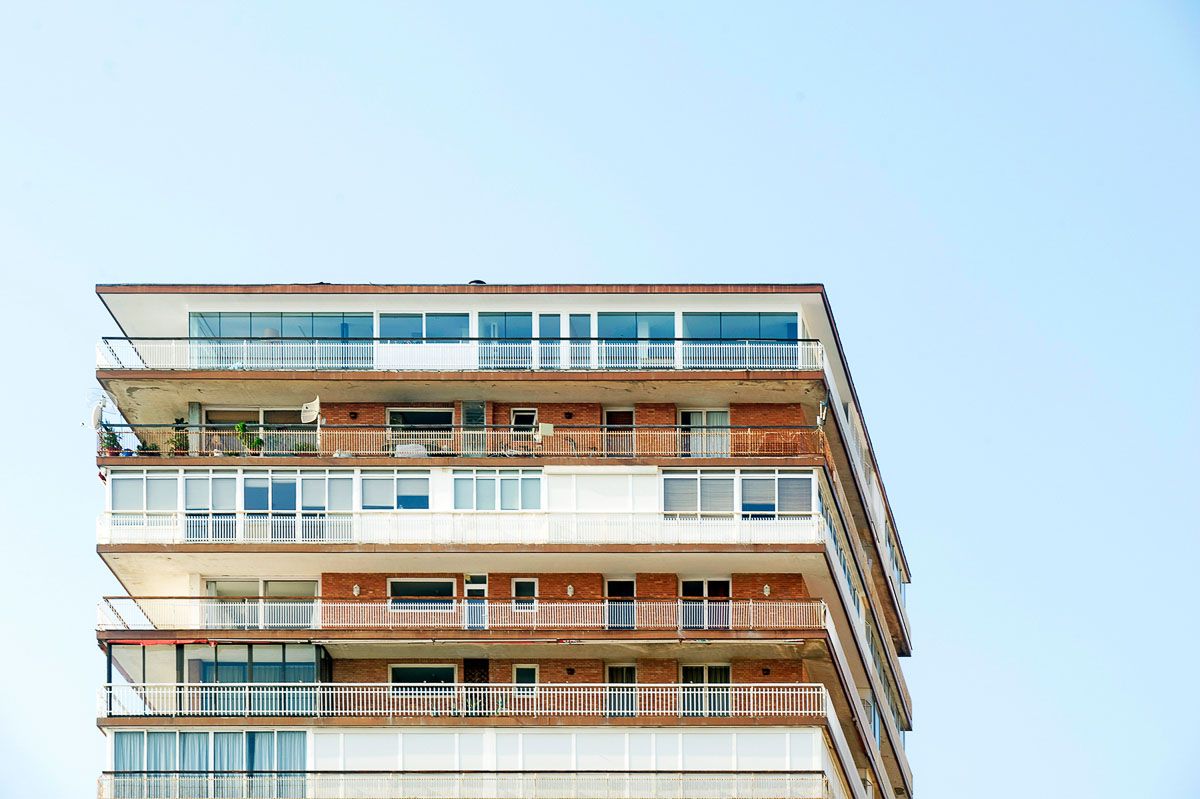 The intervention did not only bring a new image to the house, but also to the building itself, giving “Torre Alancant” a more modern look to its coronation. The floor-to-ceiling windows contrast with the exposed brick walls representative of the 60s in the Mediterranean coast of Spain. 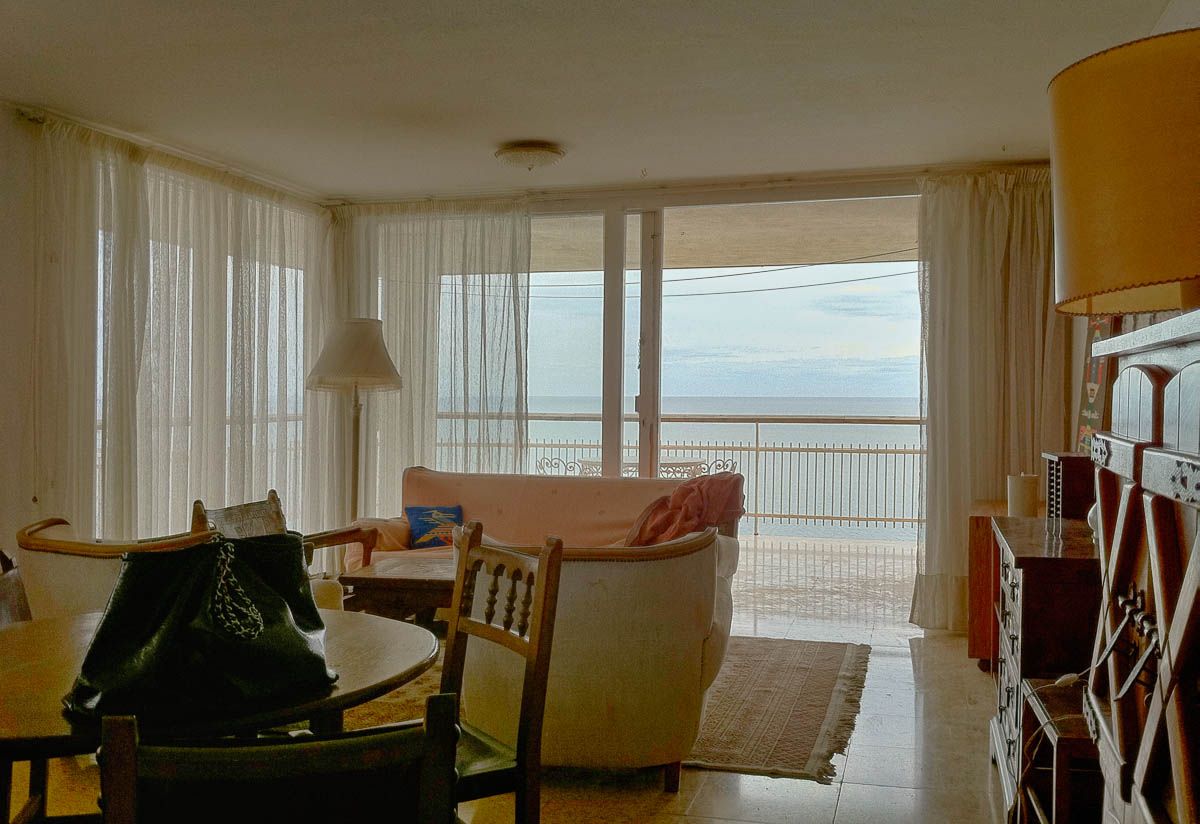 The original state of the house, located in a privileged environment, already insinuated the need to expand the views to the outside. 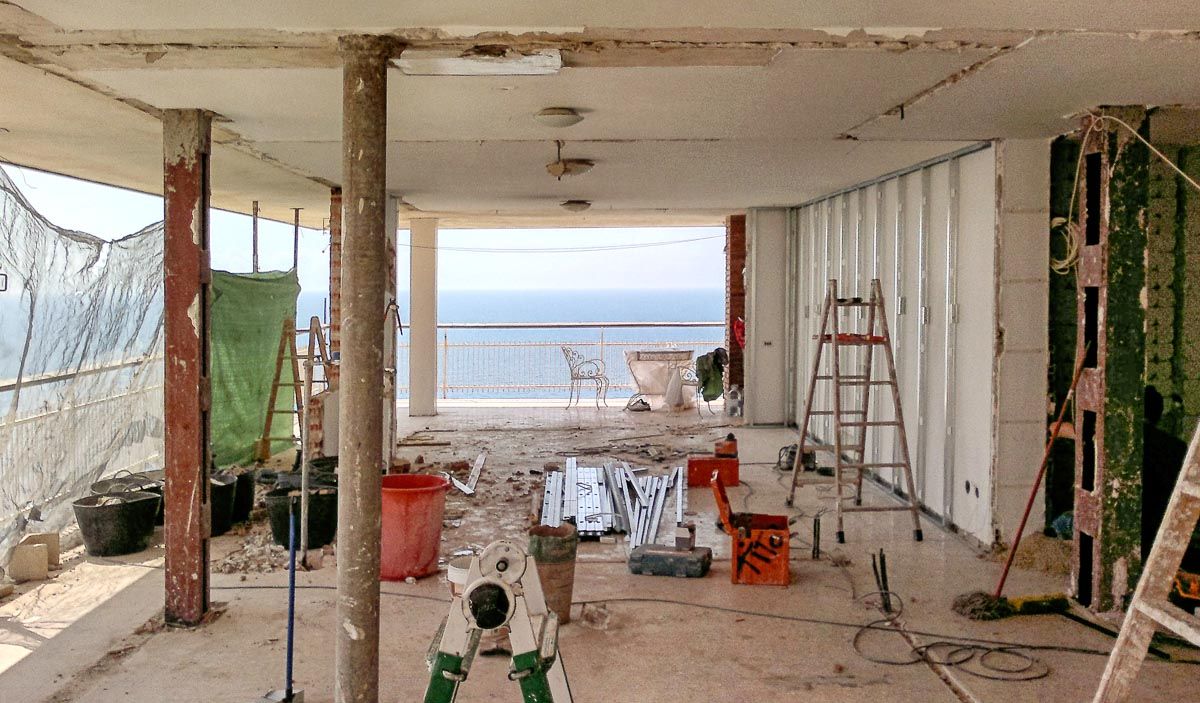 In the first phase of the works, both the partitions and the exterior walls were demolished, preserving only the pillars and the roof downpipes. These are essential parts of the structure and sanitation of the building and cannot be ignored. 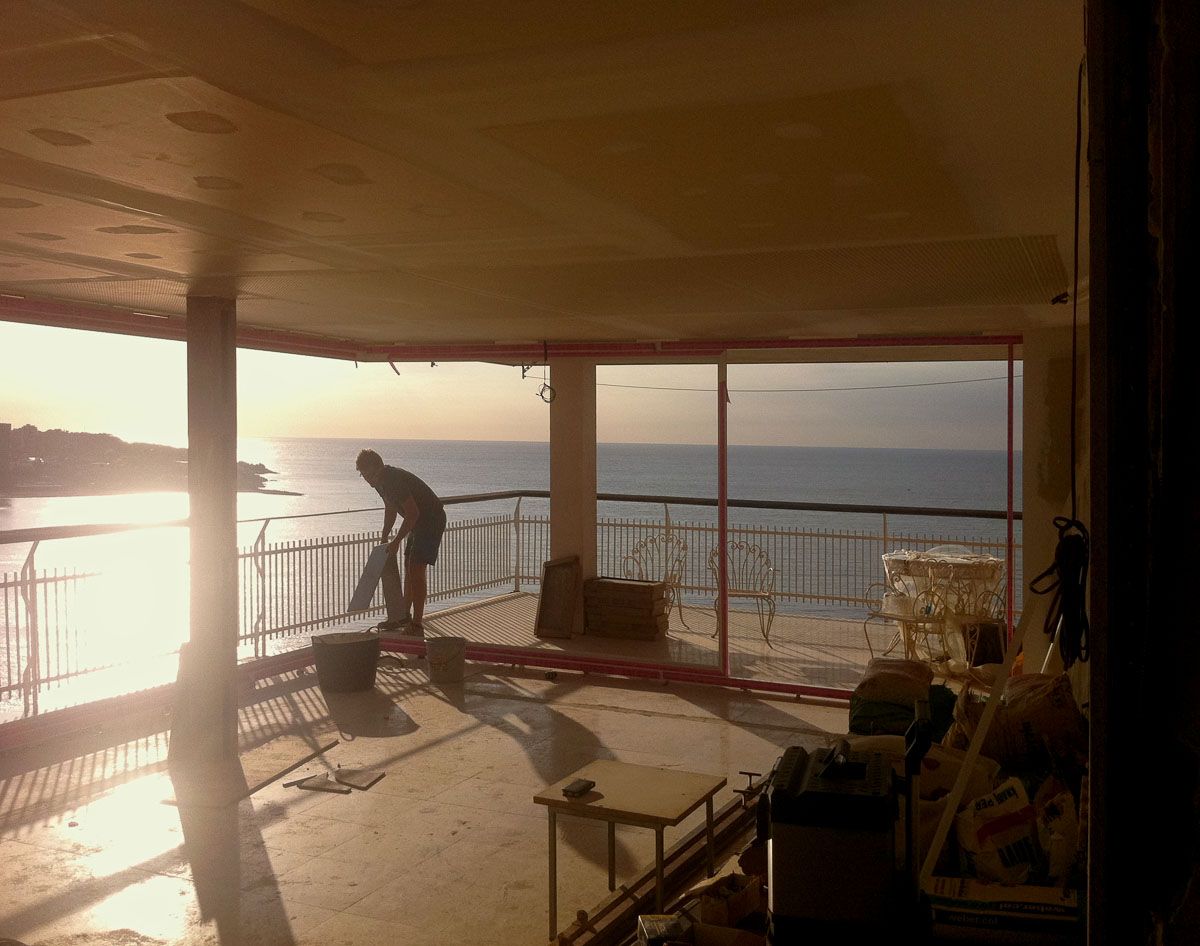 Once the rubble was cleaned, all the electrical and plumbing installations were renewed; the perimeter walls were lined with gypsum boards; the rooms were unified and a new ceiling was installed; a new pavement was placed over the terrace and the whole perimeter was closed with floor to ceiling windows.

Penthouse renovation for the maximum usage of space. 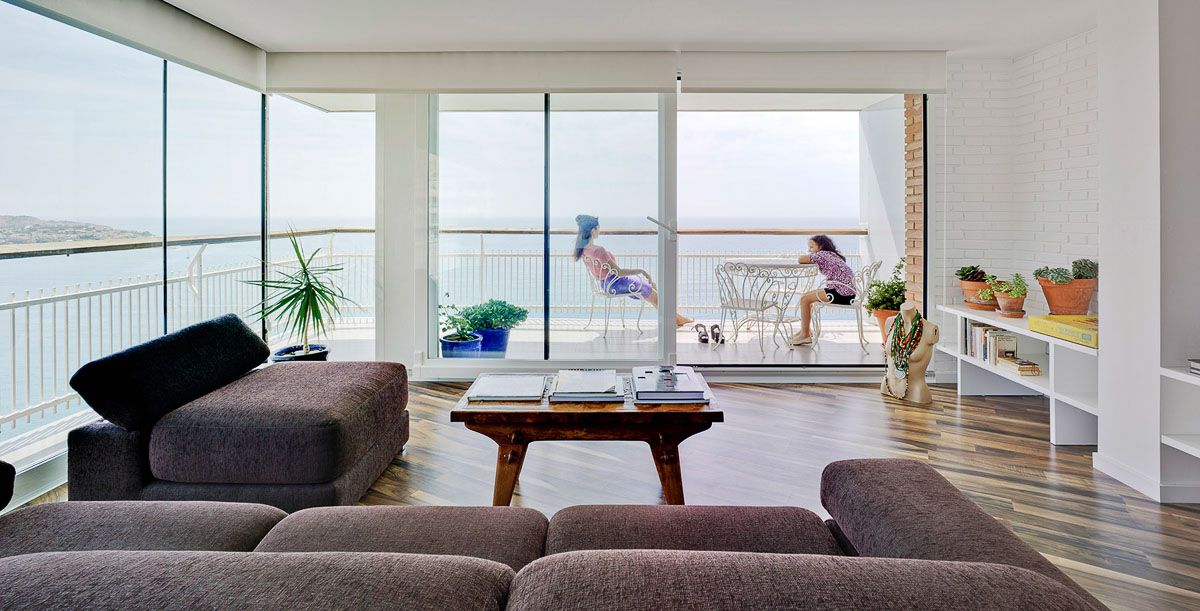 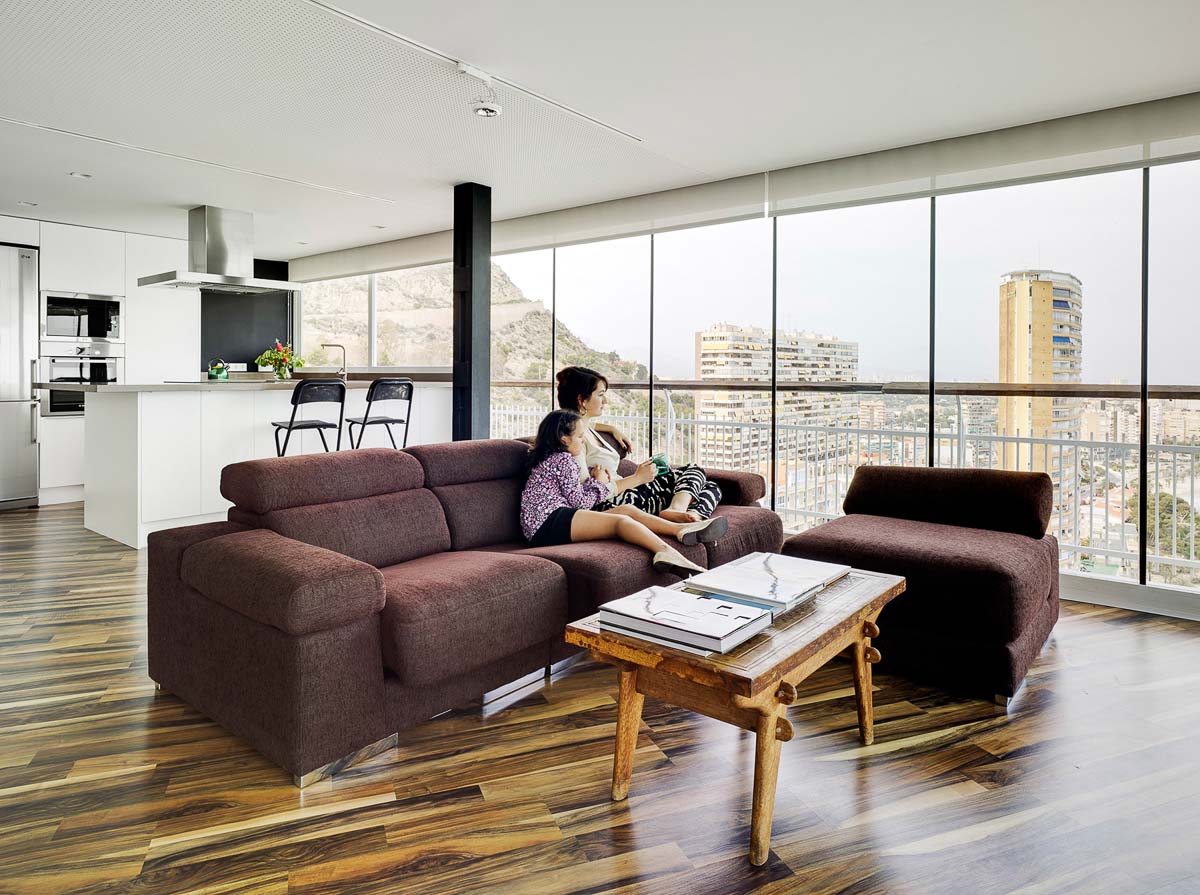 The living room, dining room and kitchen were unified in a single room, and a separation between the night zone and the day zone was created. 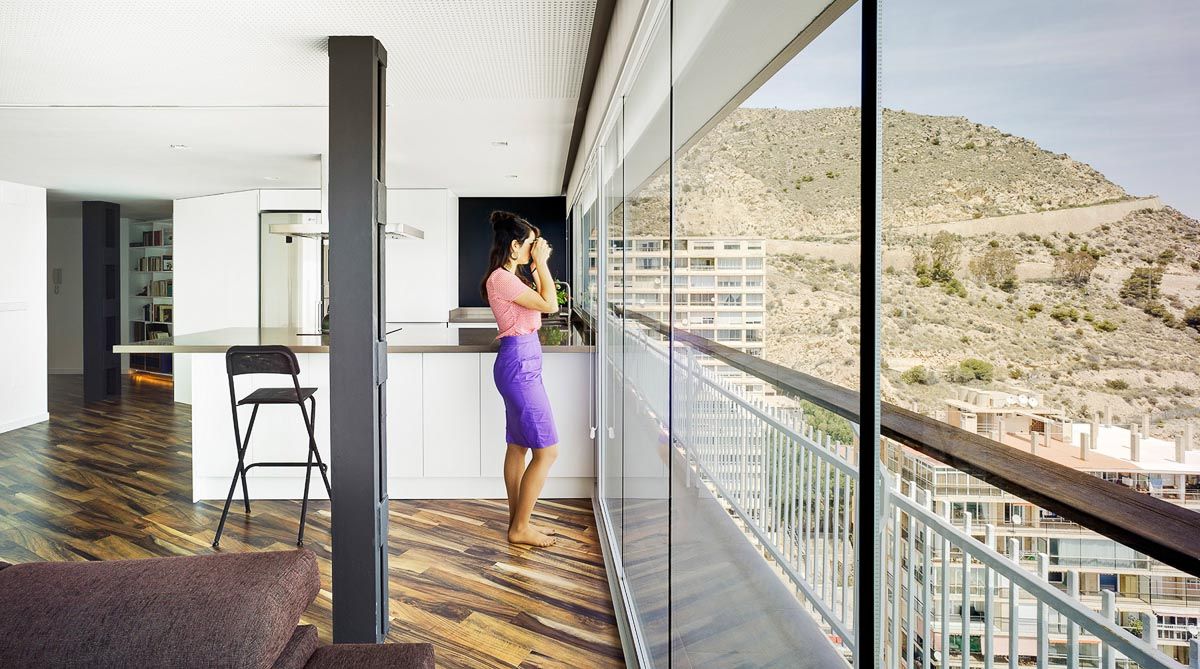 The finishes and the encounters between the different materials were taken care in detail. In a house refurbishment many variables converge and it is necessary to give them all a coherent solution. 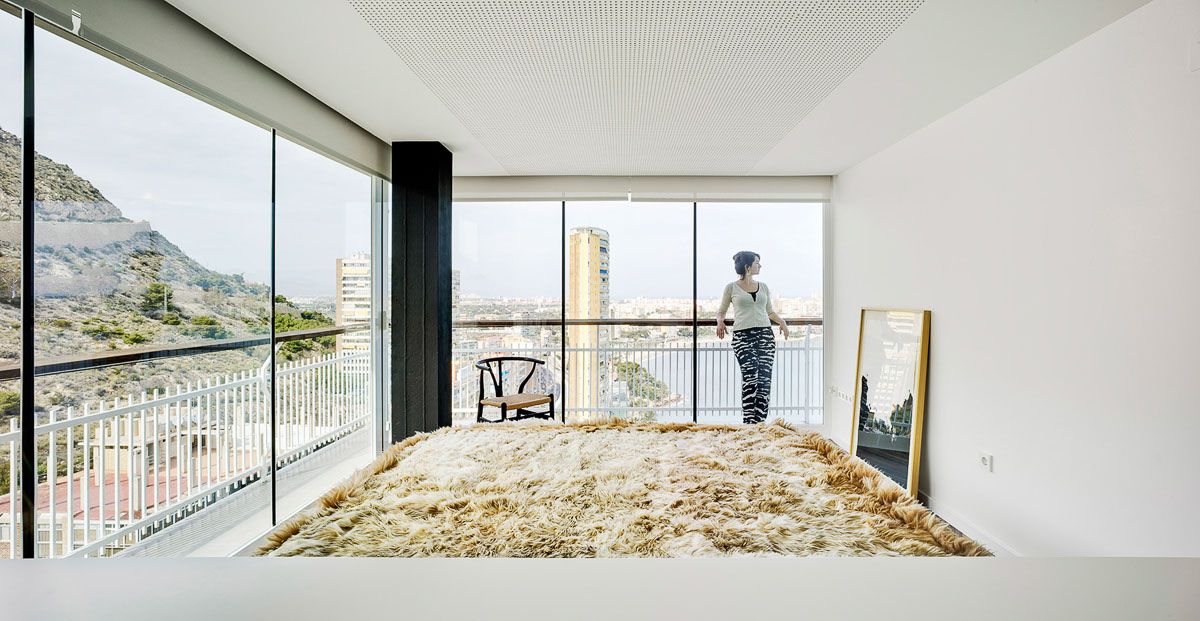 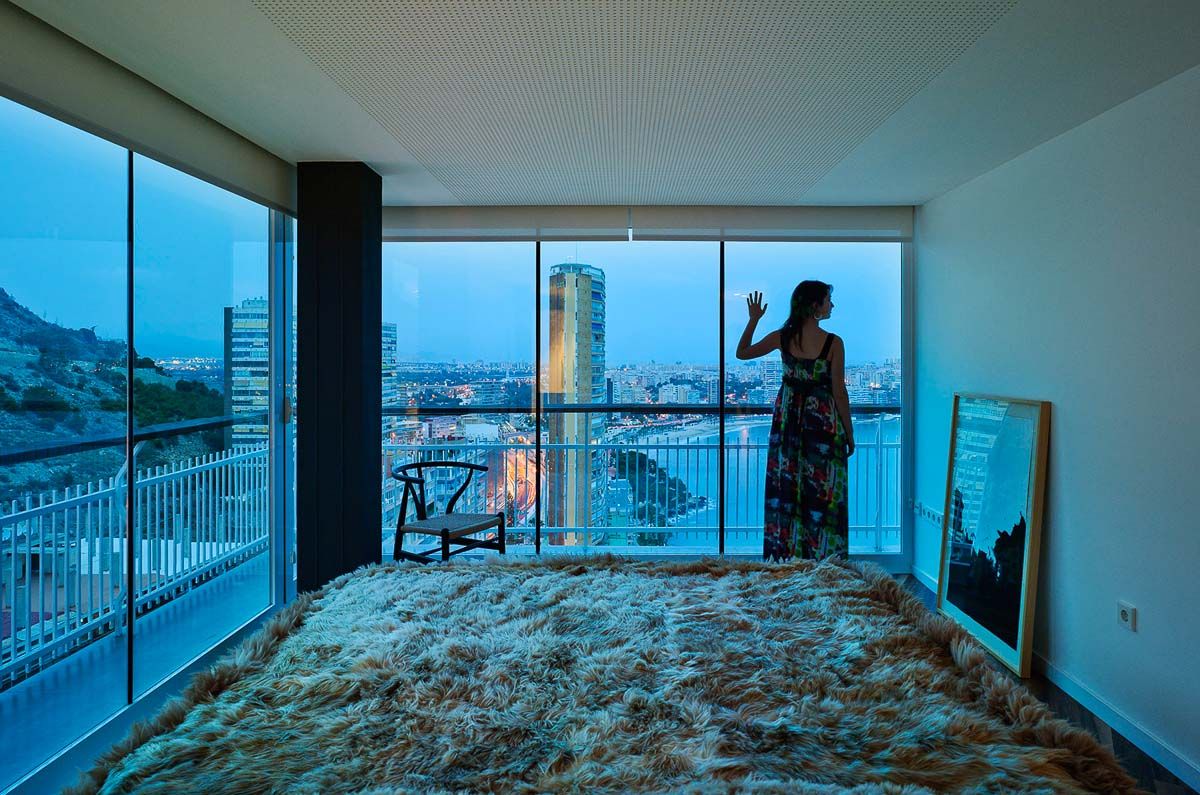 The sleeping area follows the same style as the public area, but in this case, it is directed towards a more closed landscape to gain intimacy. The master bedroom is distinguished by the setting of an acoustic ceiling, as in the living room. 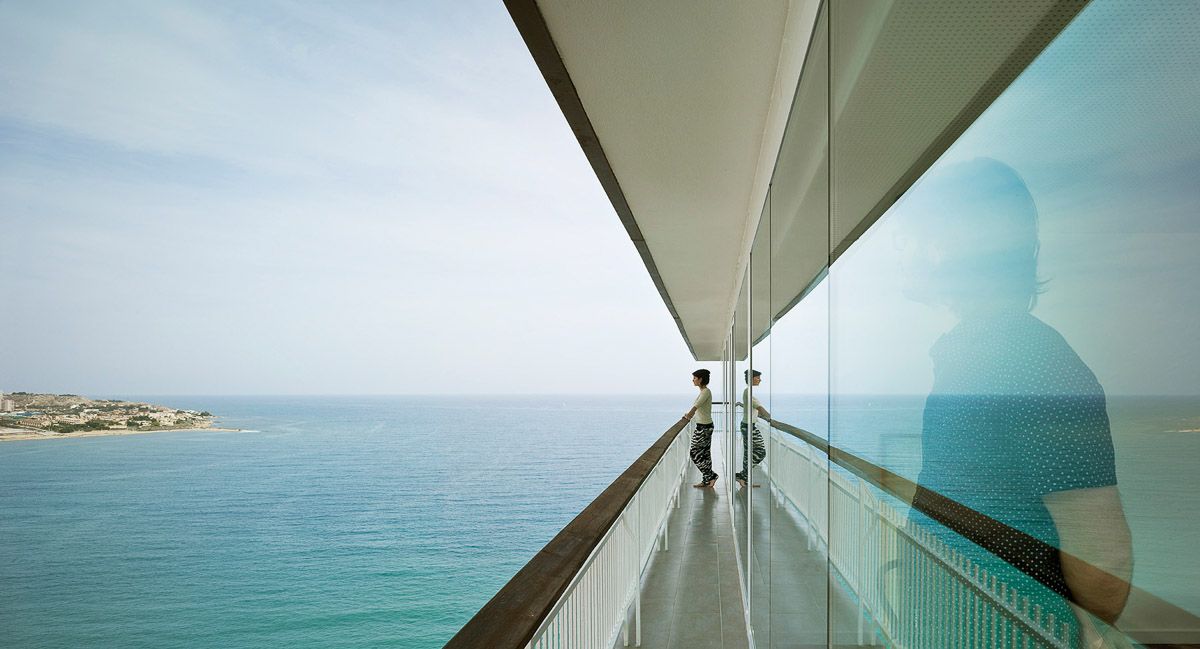 The laundry area was performed with the minimum dimensions, in order to achieve a distribution that allowed to exploit the spectacular views of the surrounds. 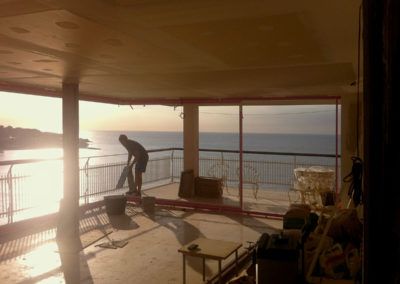 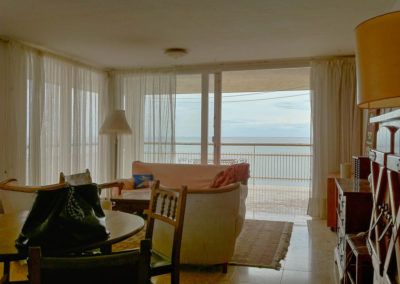 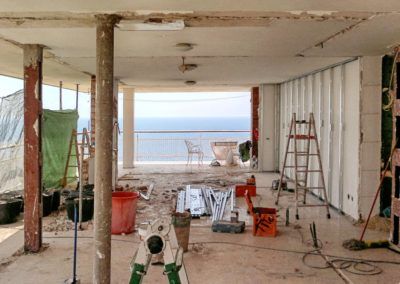 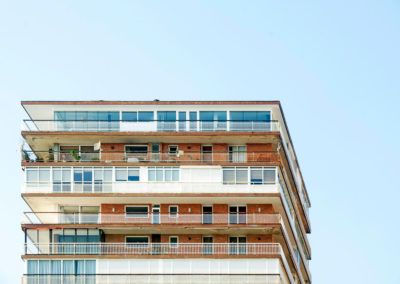 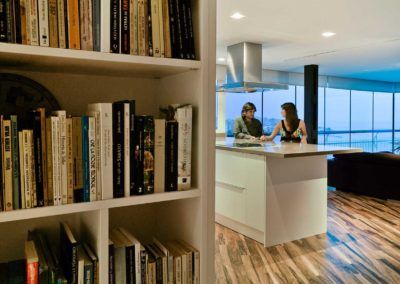 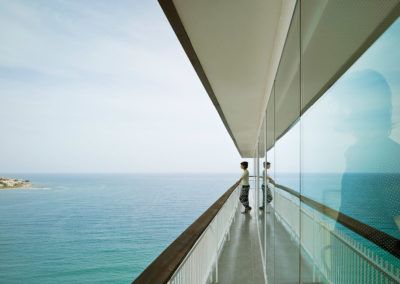 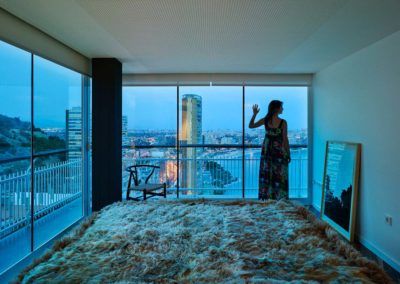 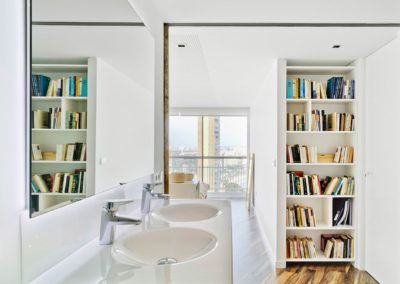 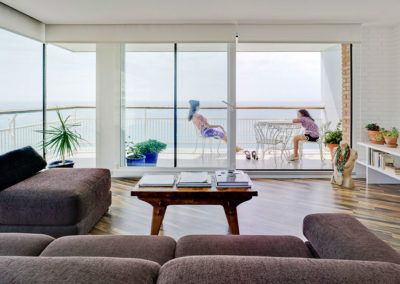 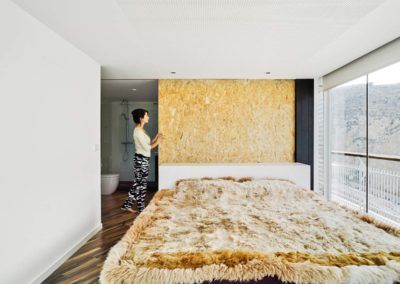 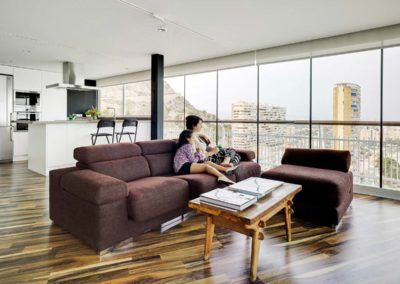 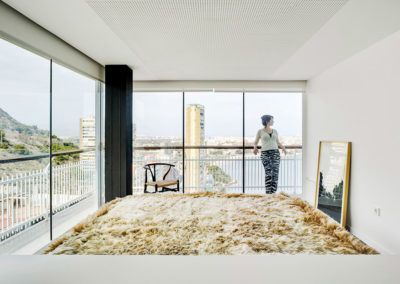 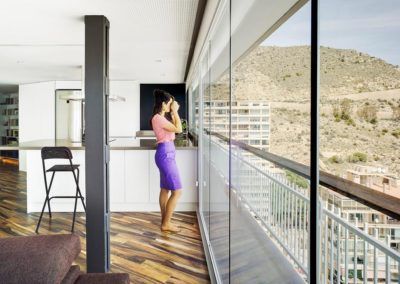 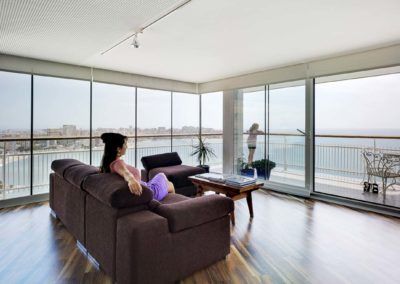 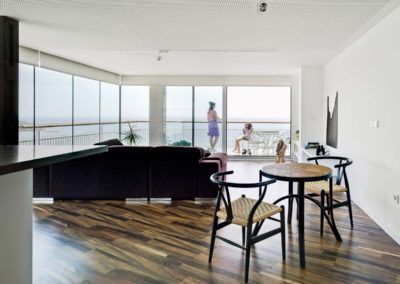 Do you need to refurbish your apartment?