When refurbishing a flat it is always interesting to unify two or more areas in order to gain natural lighting and more wide spaces.

In this case, the refurbishment goal was to open the flat to the terrace and to incorporate the kitchen to the living room. The bedrooms were distributed according to the client needs looking for the best orientation for each of them. 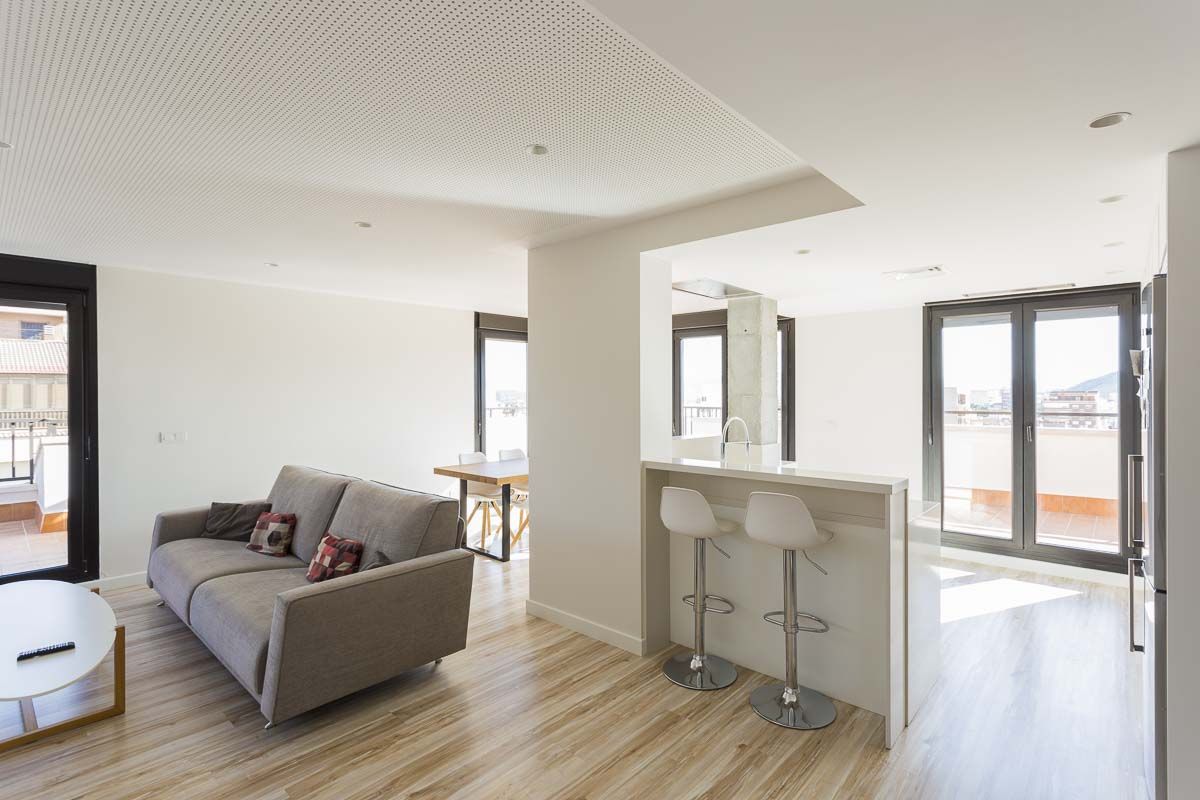 The idea of open and wide spaces is noticed from the entrace of the house. Although the plumbing pipes and the structural pillar could not be modified, they were integrated into the kitchen design to create a unified space. 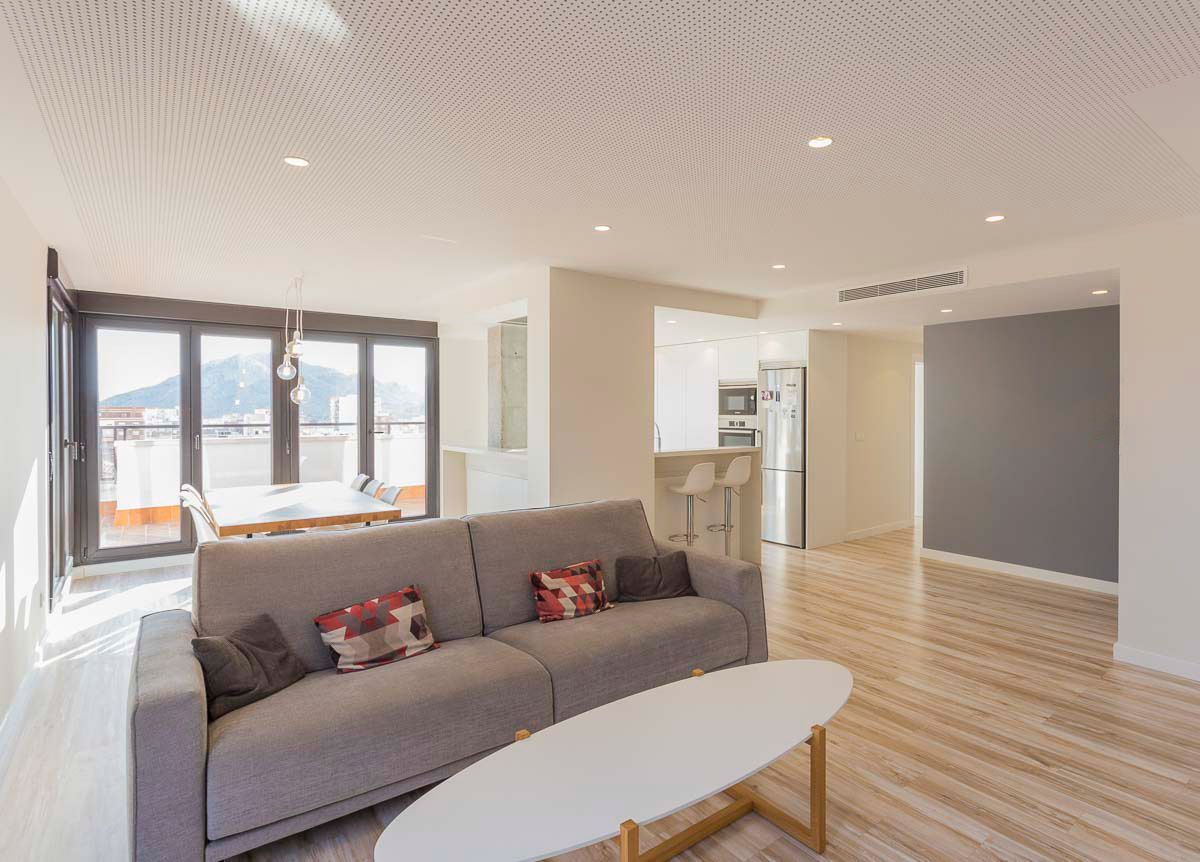 The scandinavian decoration and the color pallete chosen give character to the space. The gray-painted wall at the entrace, the light wood flooring, the anthracite gray windows, and the walls in light tones to gain luminosity, create an elegant contrast with modern touches. 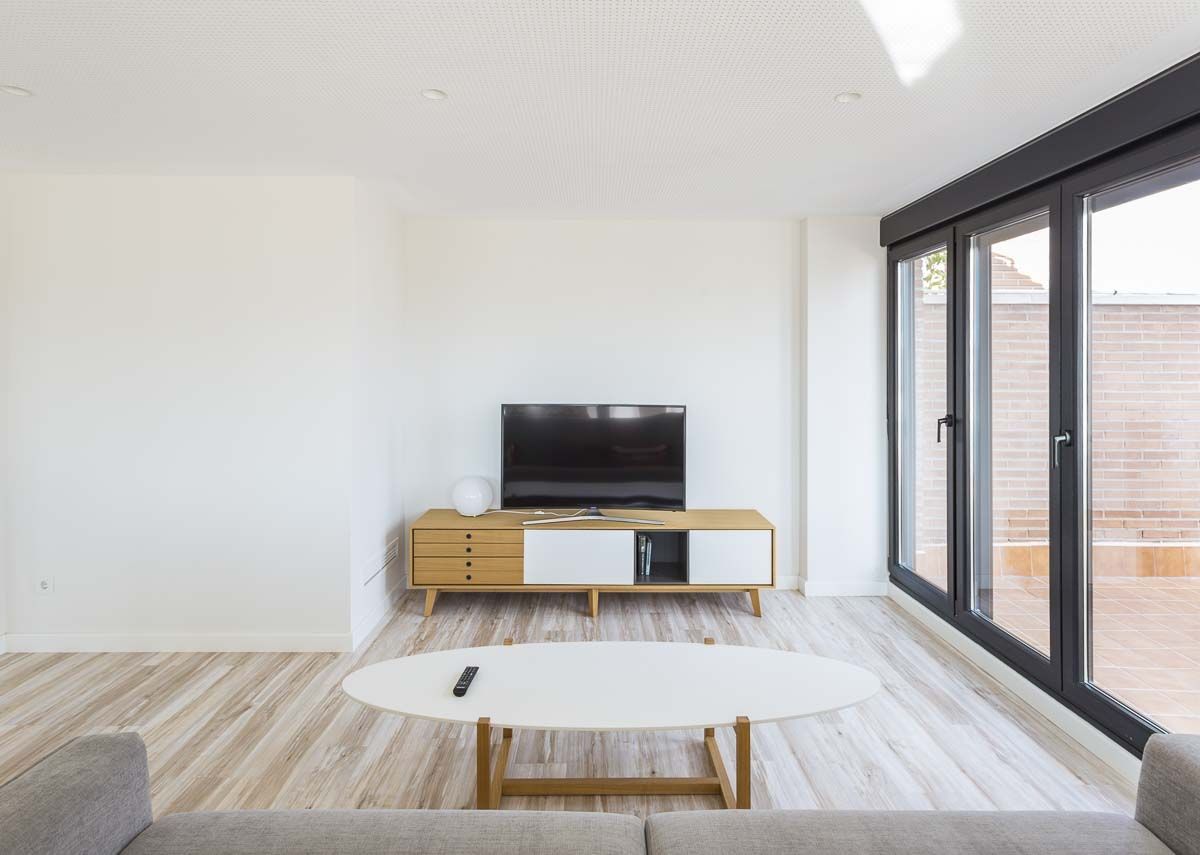 In this space, corners are generated to gain some independence in the most private uses. The simple furniture chosen is more than enough to give personality to each area. 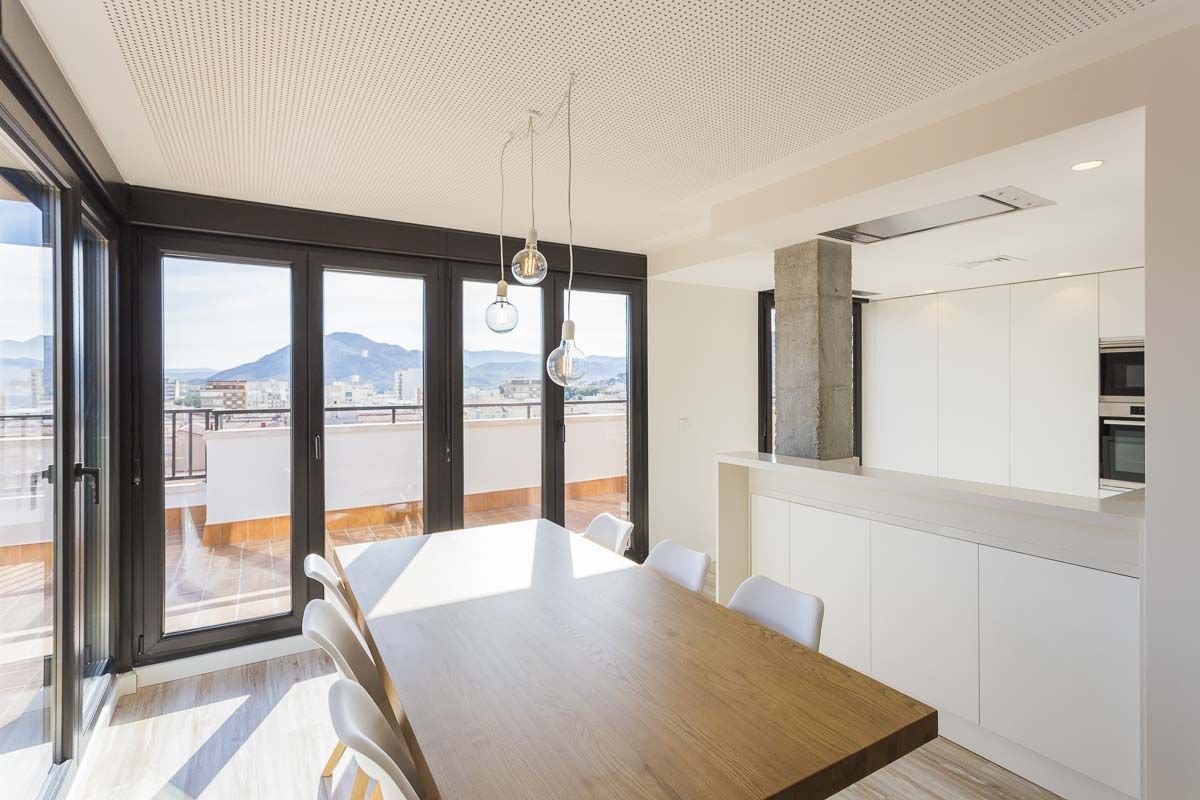 The area with more collective use is located under a suspended ceiling made with perforated acoustic boards which, in addition to its functionality, have a very attractive appearance. 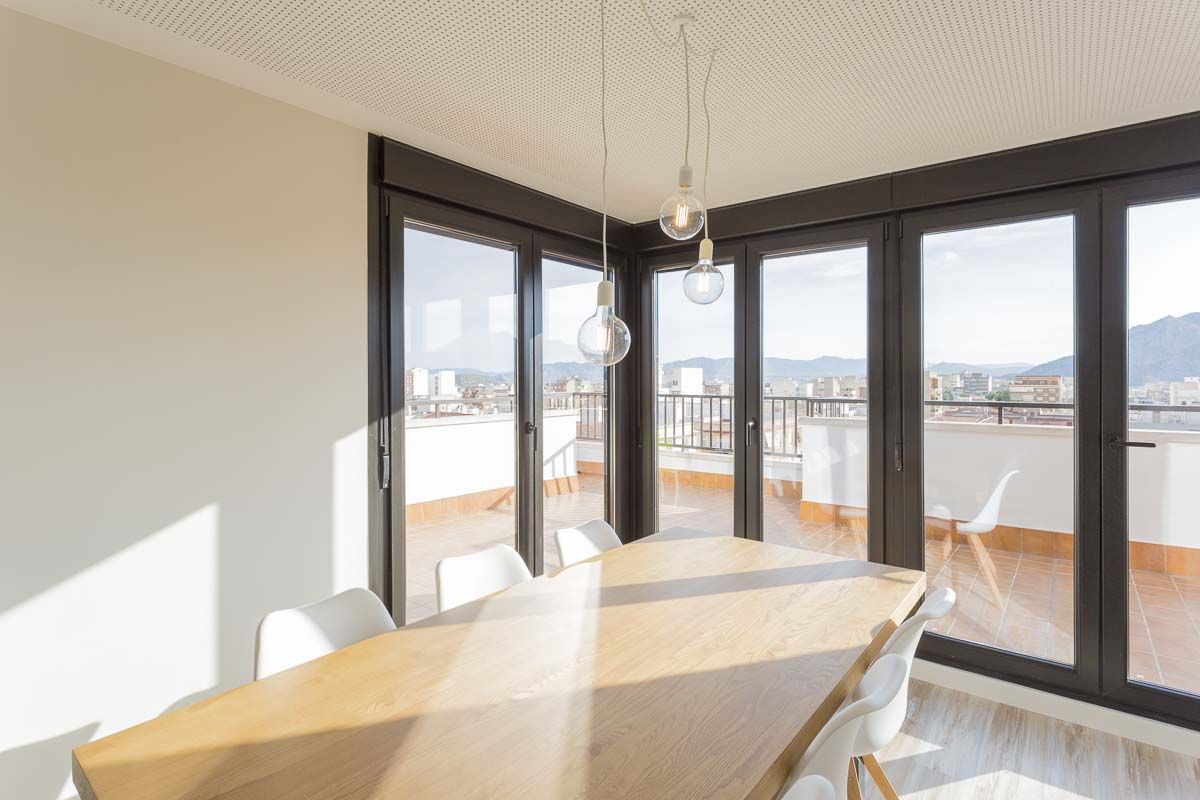 The house extends to the terrace in the dining area, gaining a lot of natural lighting. 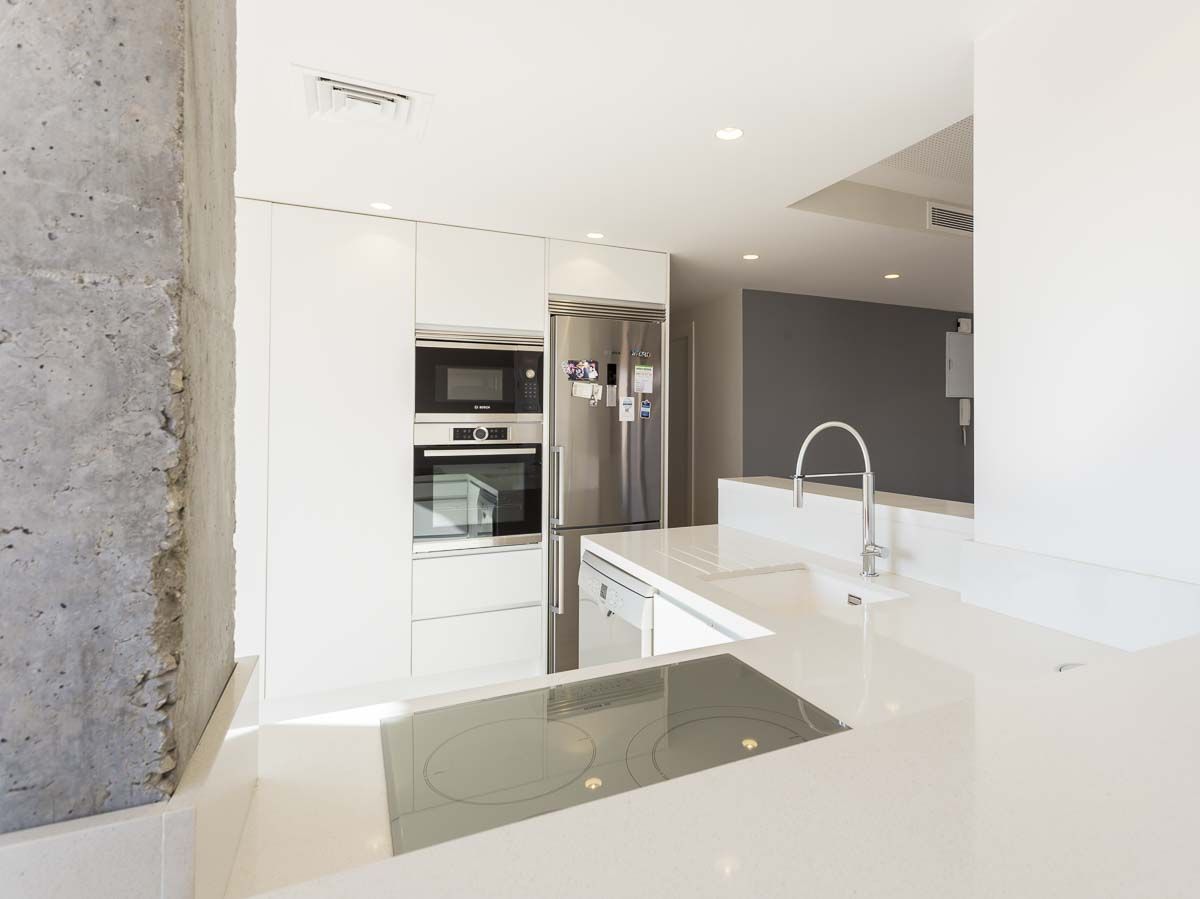 The kitchen was distributed around the structural elements. The concrete pillar was left without any coating to create a contrast with the white furniture and countertop. 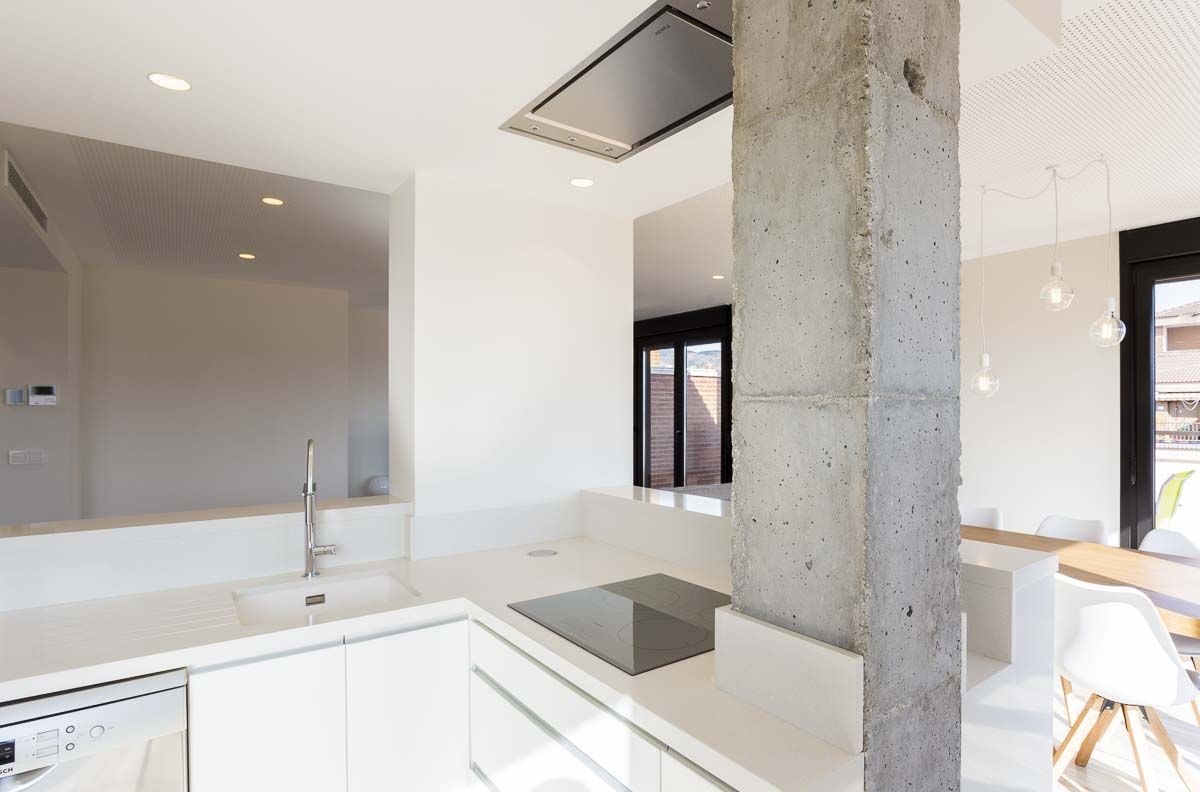 Another interesting thing about this kitchen is the choosing of a decorative ceiling hood. This solution avoids obstructing the vision of the whole set. 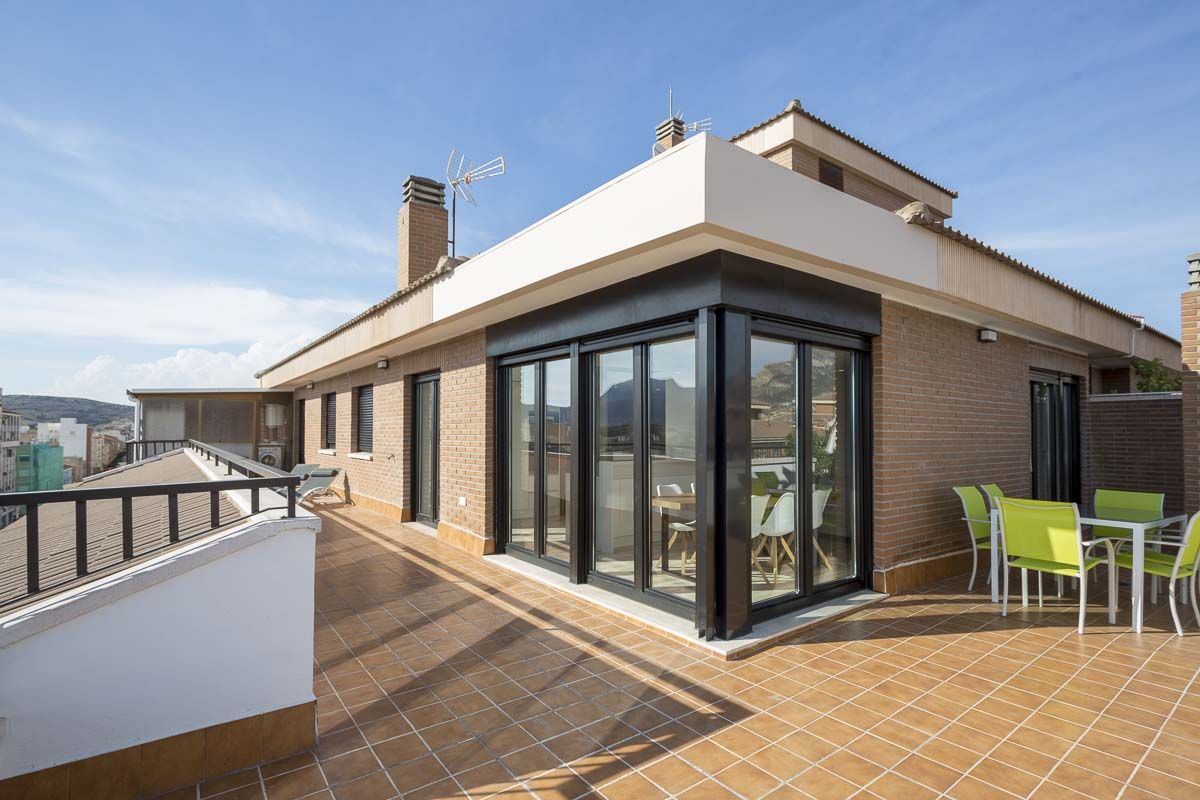 The space gained from the terrace was subtly resolved by integrating the materials and the new geometry into the set. 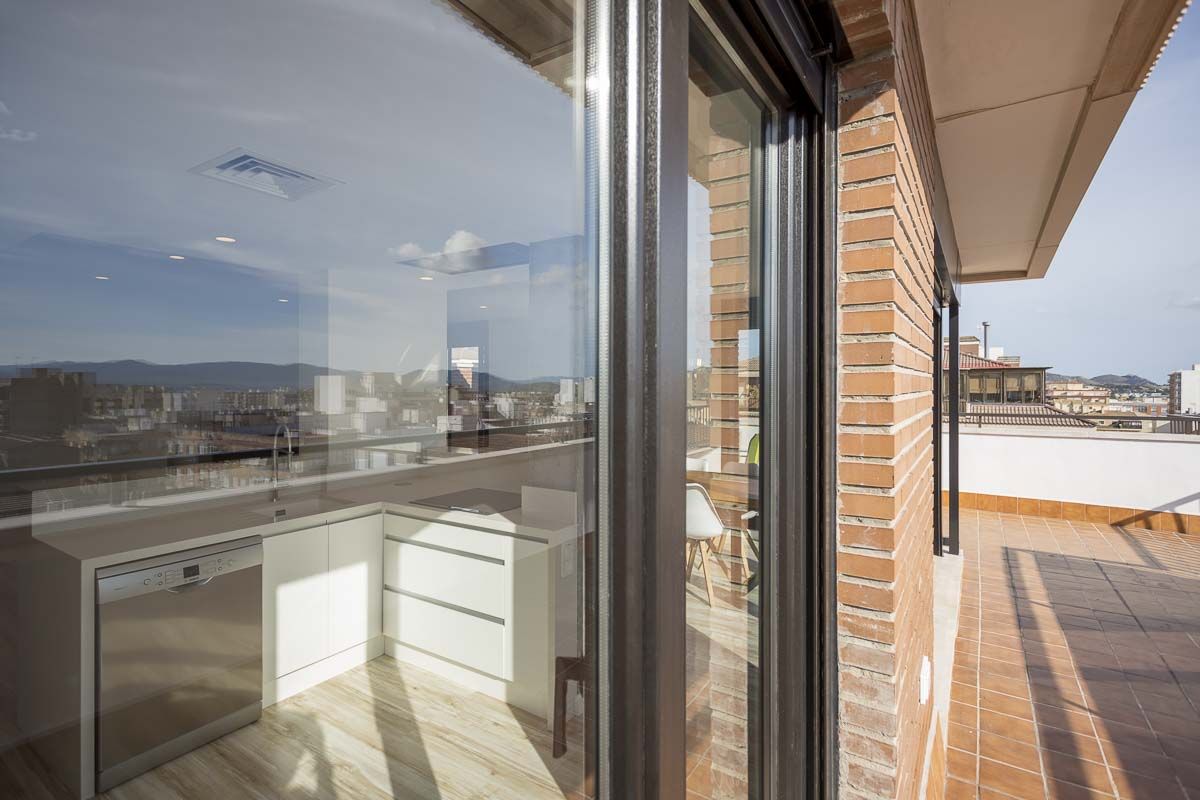 As we always do in our works, the exterior carpentry offers a good thermal insulation due to the high quality of the profiles used. 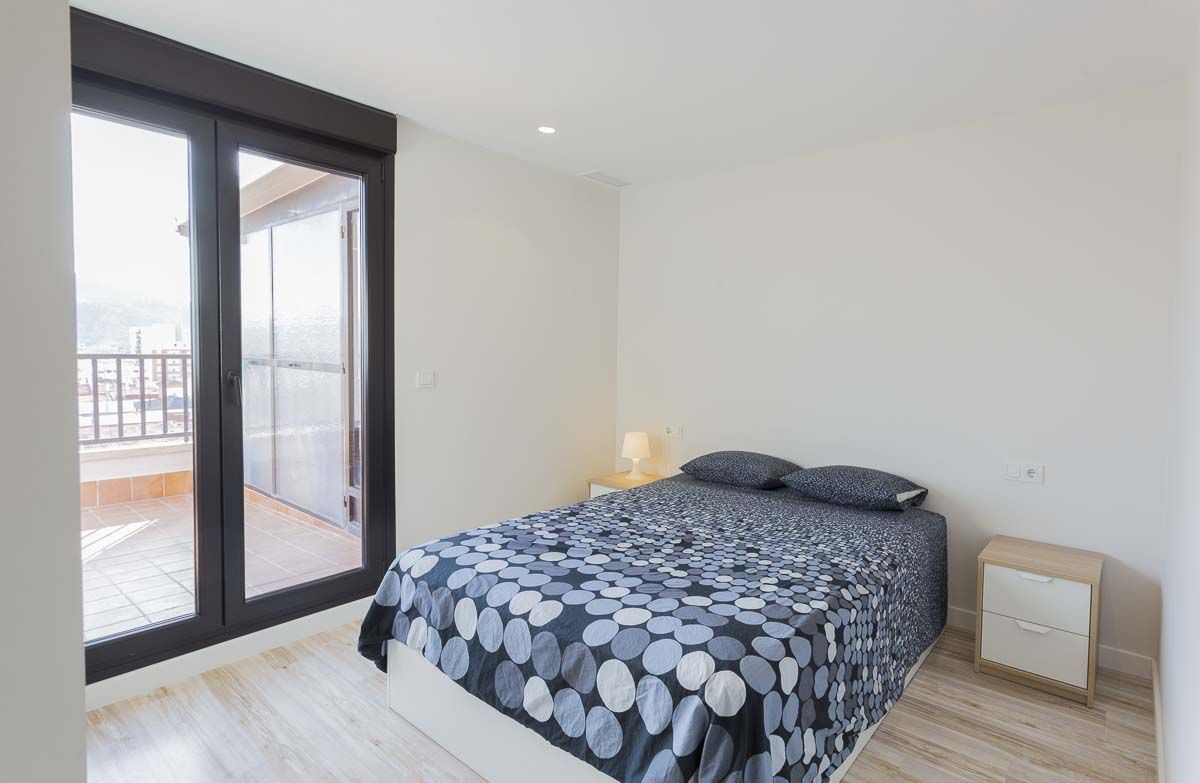 In many cases, the simplest distribution and decoration are the best choice, as it was in this bedroom. 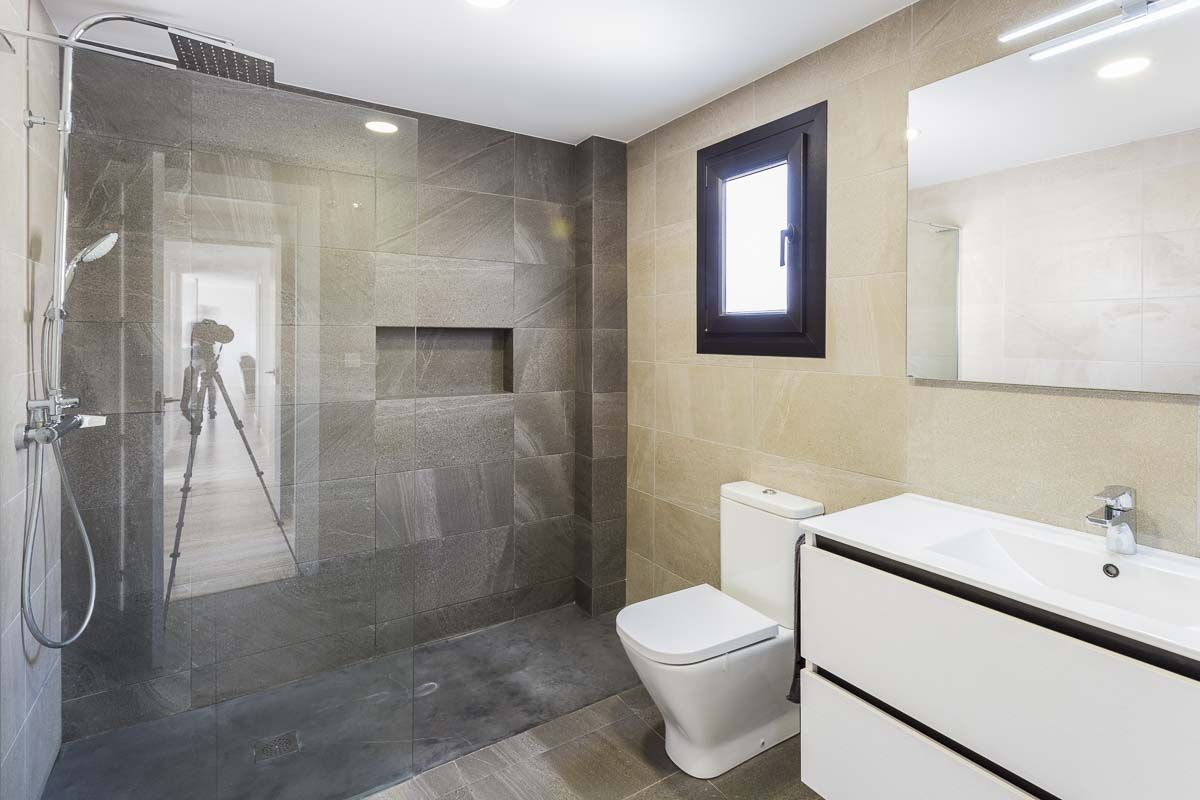 The main bathroom was tiled in basic tones of gray and beige. In the shower, a built-in niche was made with the tiling and the shower tray was finished with microcement in the same shade of gray than the wall. 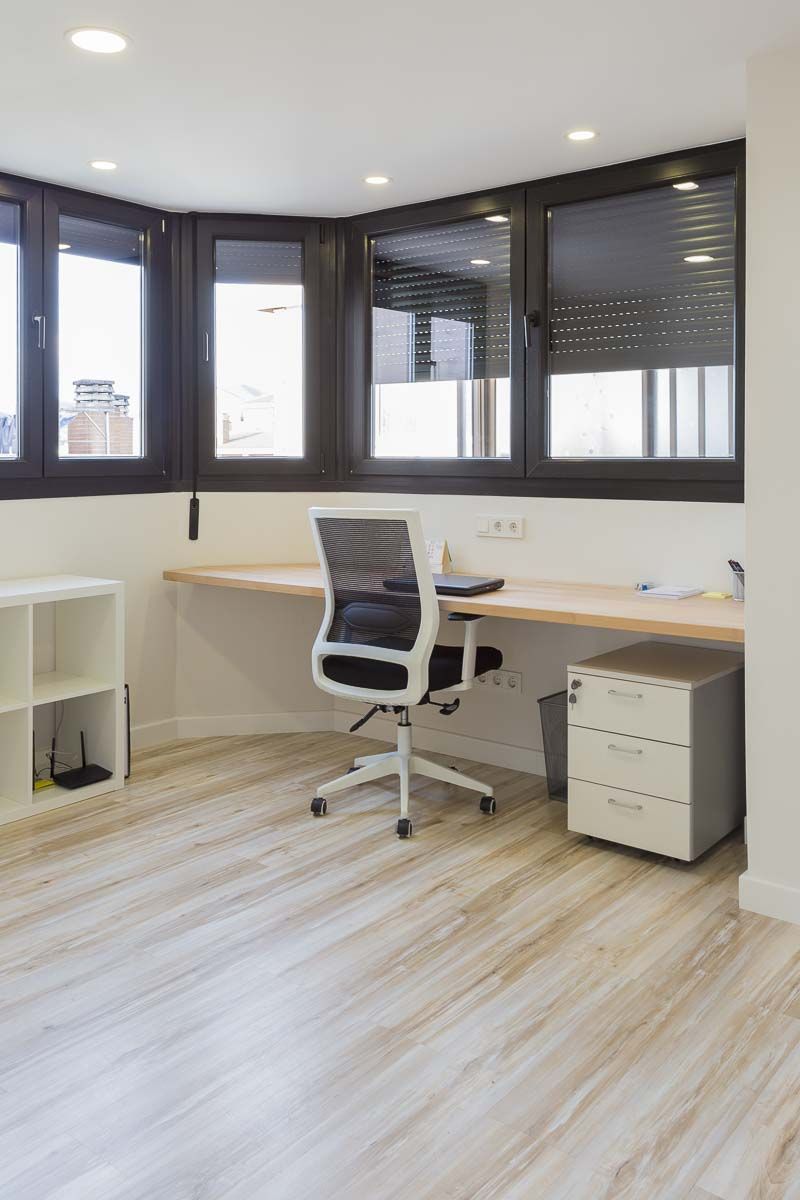 The old kitchen was transformed into a bright studio with a large window and a lot of space for storage. 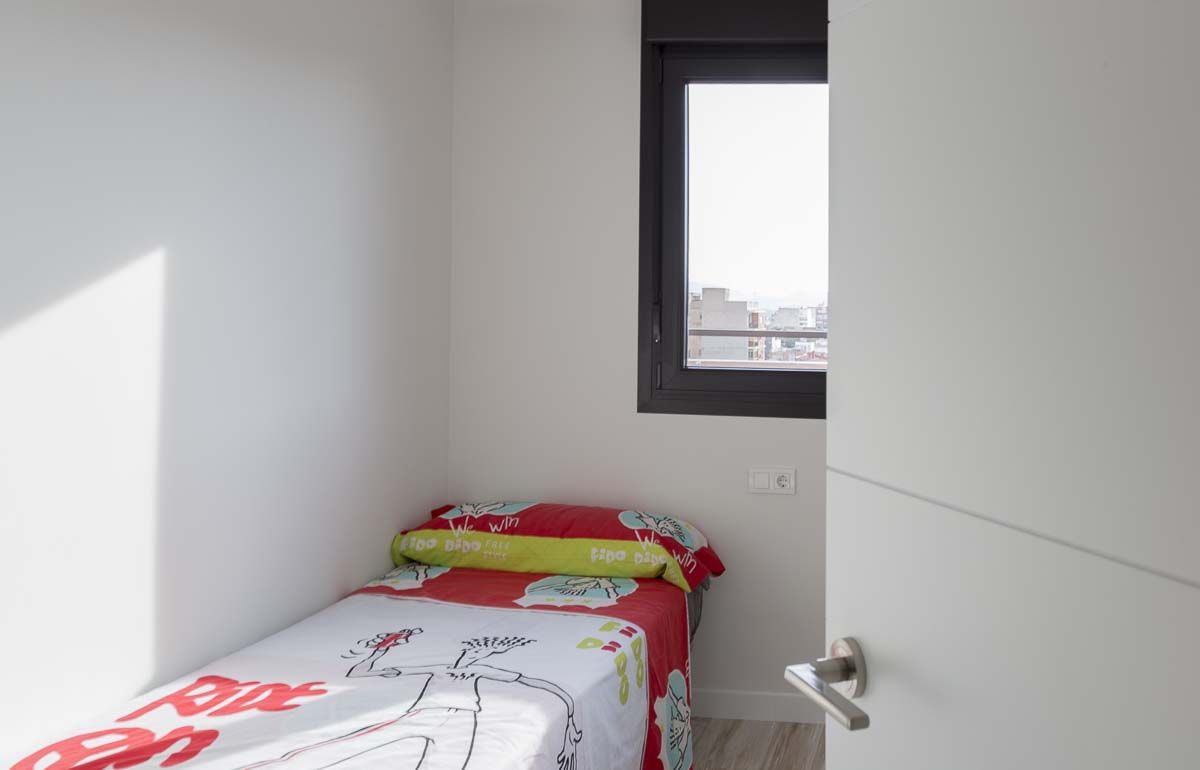 There is nothing more cozy and healthy for a bedroom than to benefit from the sunlight throughout the day due to its orientation. 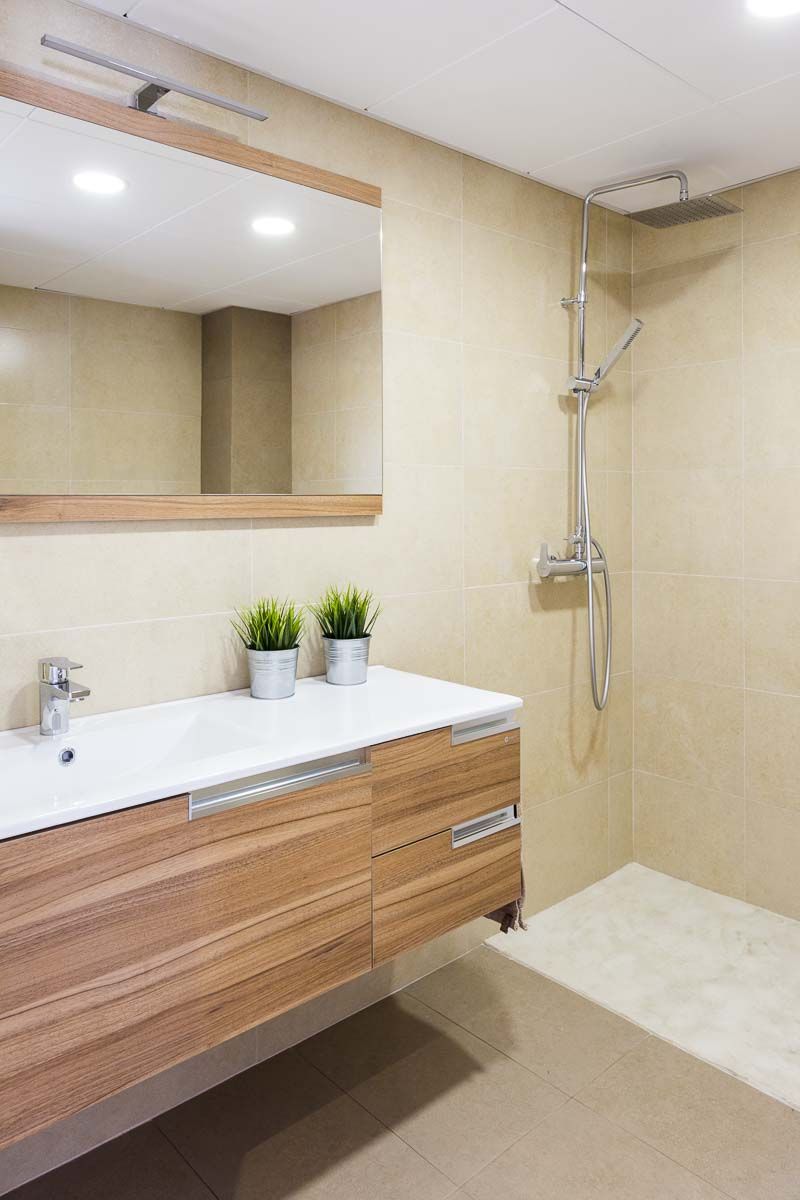 The light tones combined with wood always give a very cozy look in every kind of spaces. 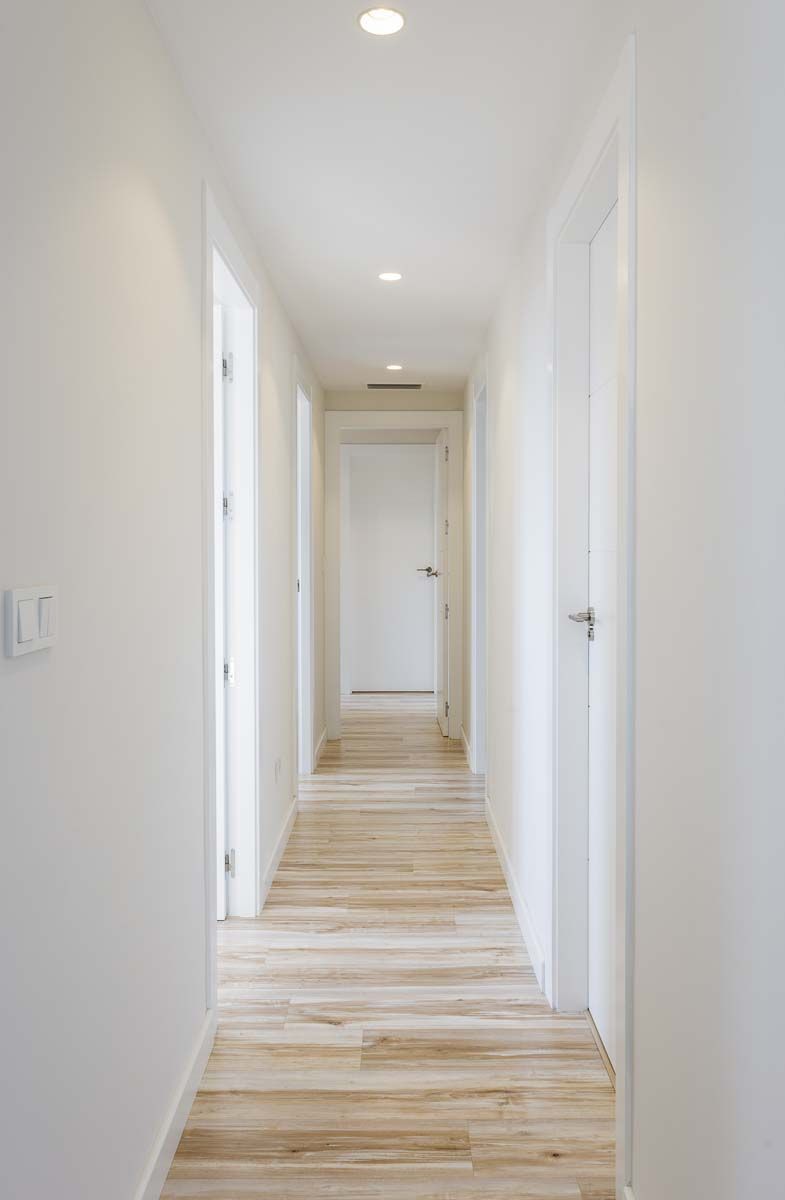 The whole house was designed to obtain clean finishes and bright spaces. This was tried to be achieved in each of the areas, from the most lively spaces to the secondary areas of passage such as the hallway above. 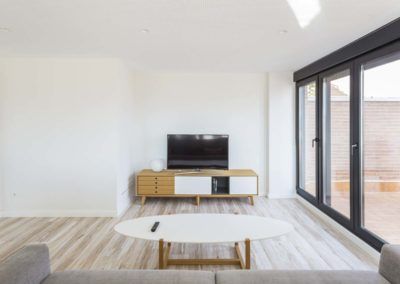 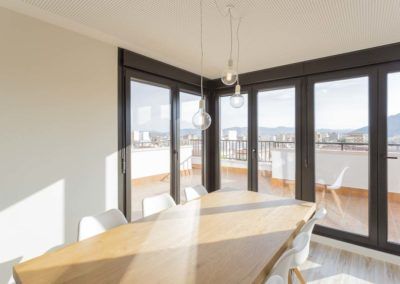 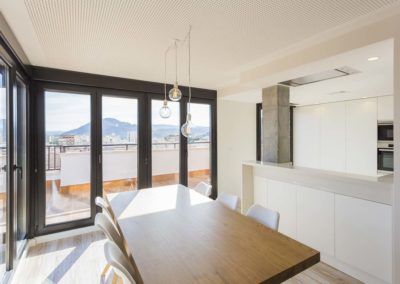 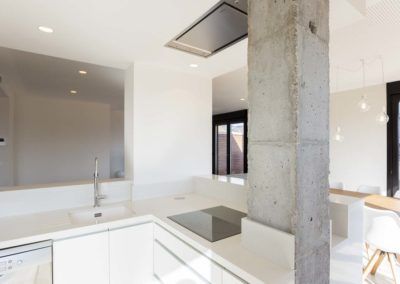 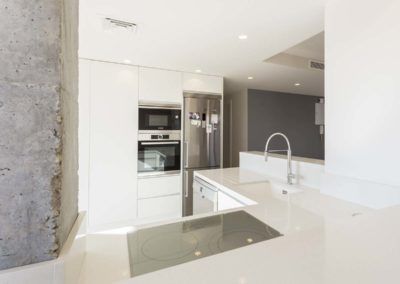 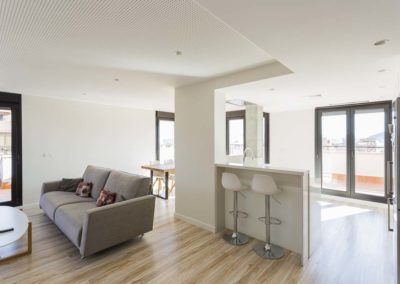 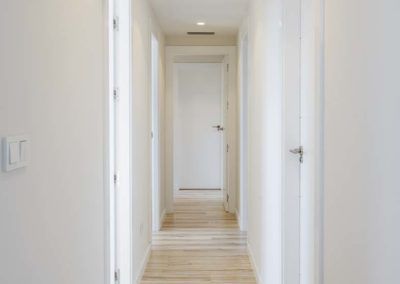 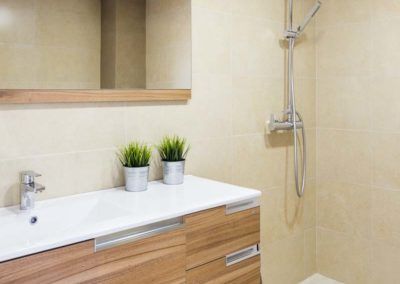 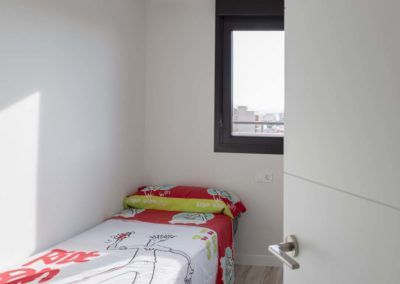 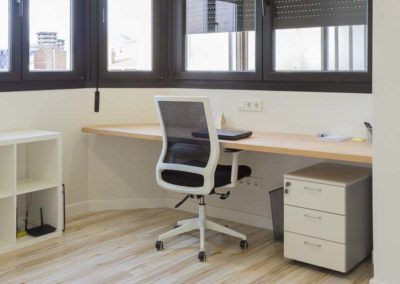 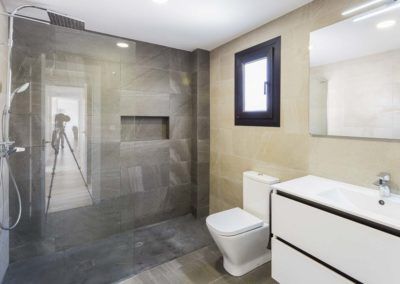 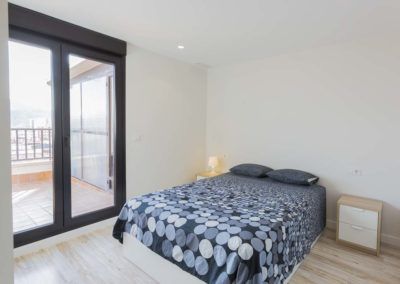 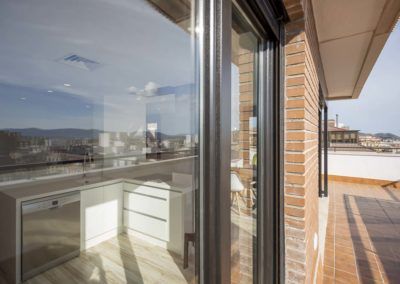 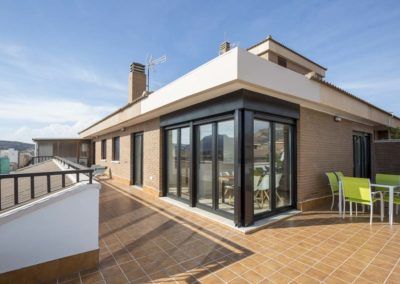 To see the full process of the works