Construction of a playground in Pinoso

A playground is a key element for the revitalization of the public space of a village. The City Hall of Pinoso asked us to transform an old square into a new area of leisure due to our experience in public works.
The most interesting about this work was the implementation on-site of a continuous rubber flooring. How to obtain a clean and safe finish? Keep reading. 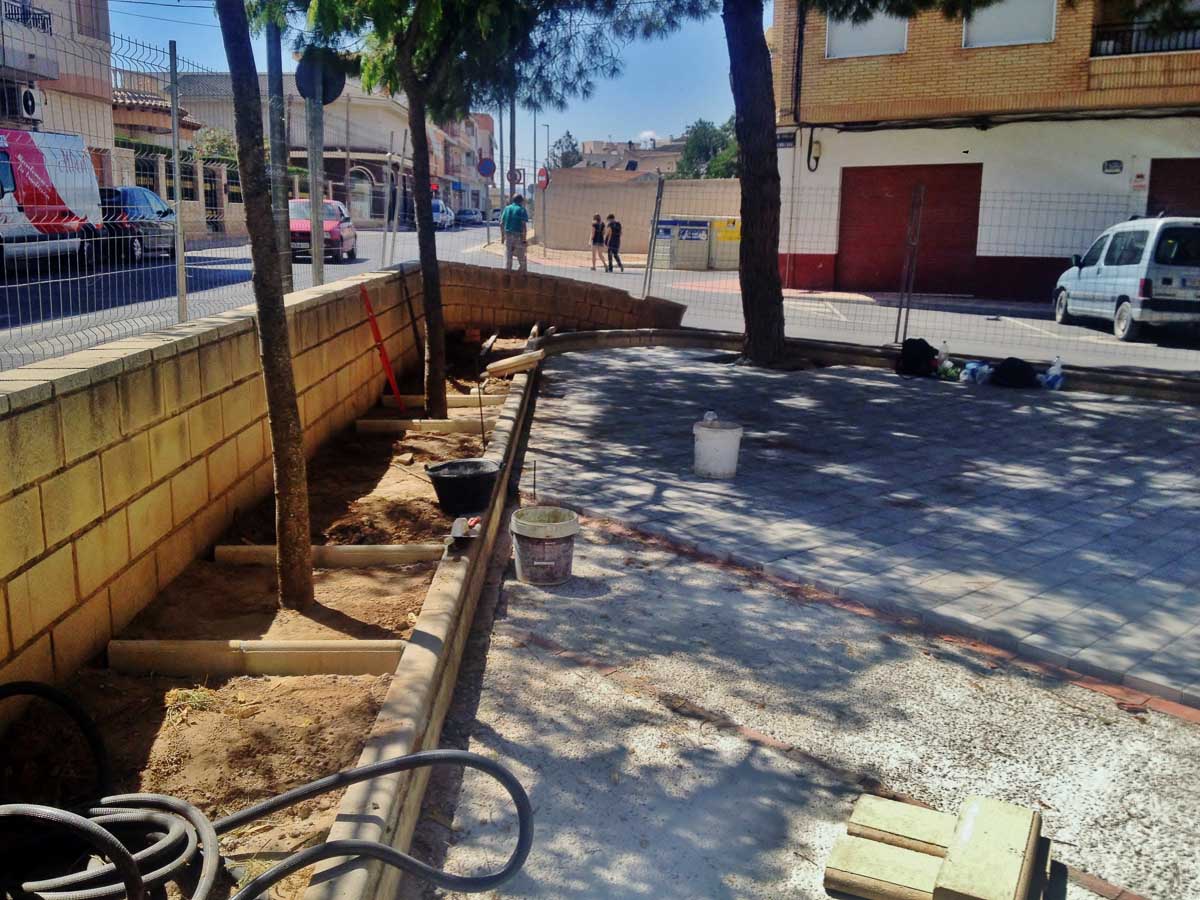 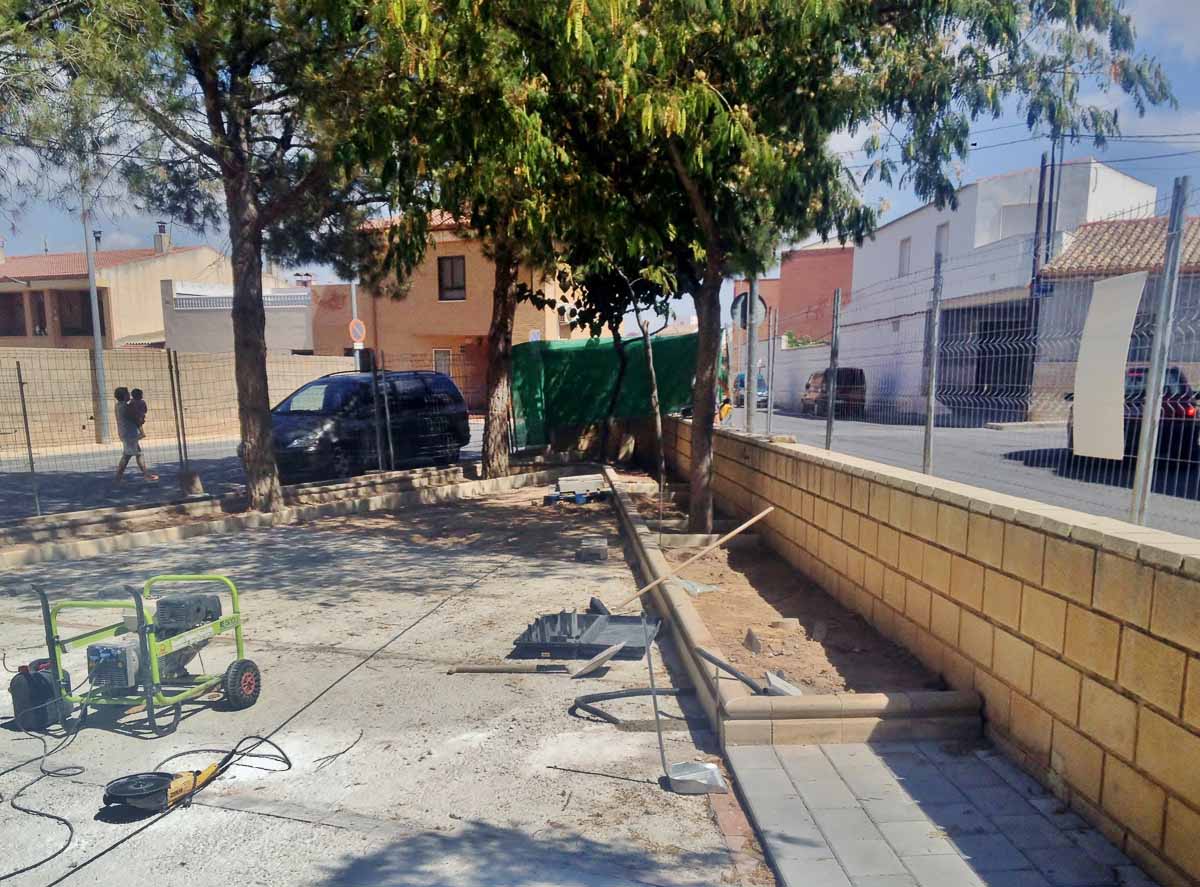 In the pictures above we can see the state of the square before the intervention was made, and in the picture below the final stage of the playground works. 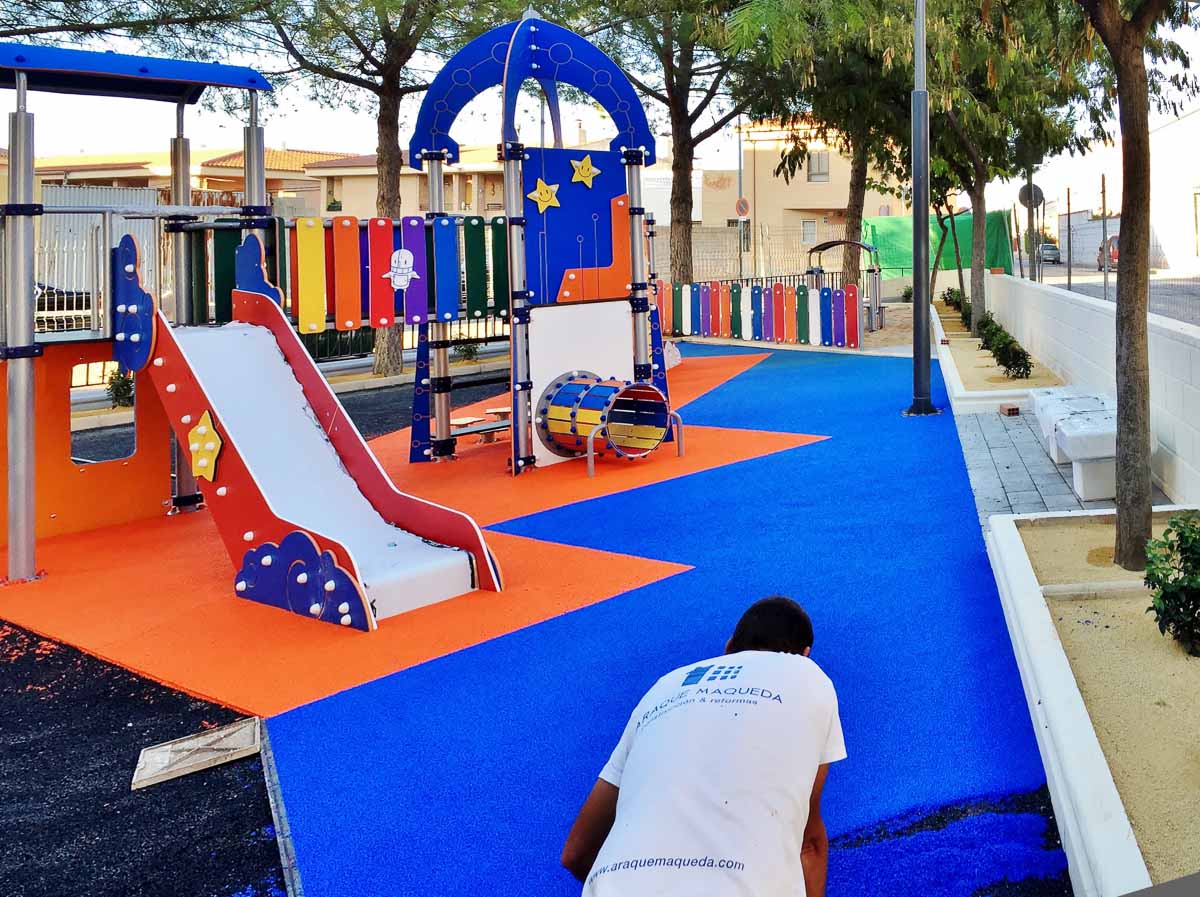 The following images show the construction process, from the preparation of the base to the execution of the perimeter fence. 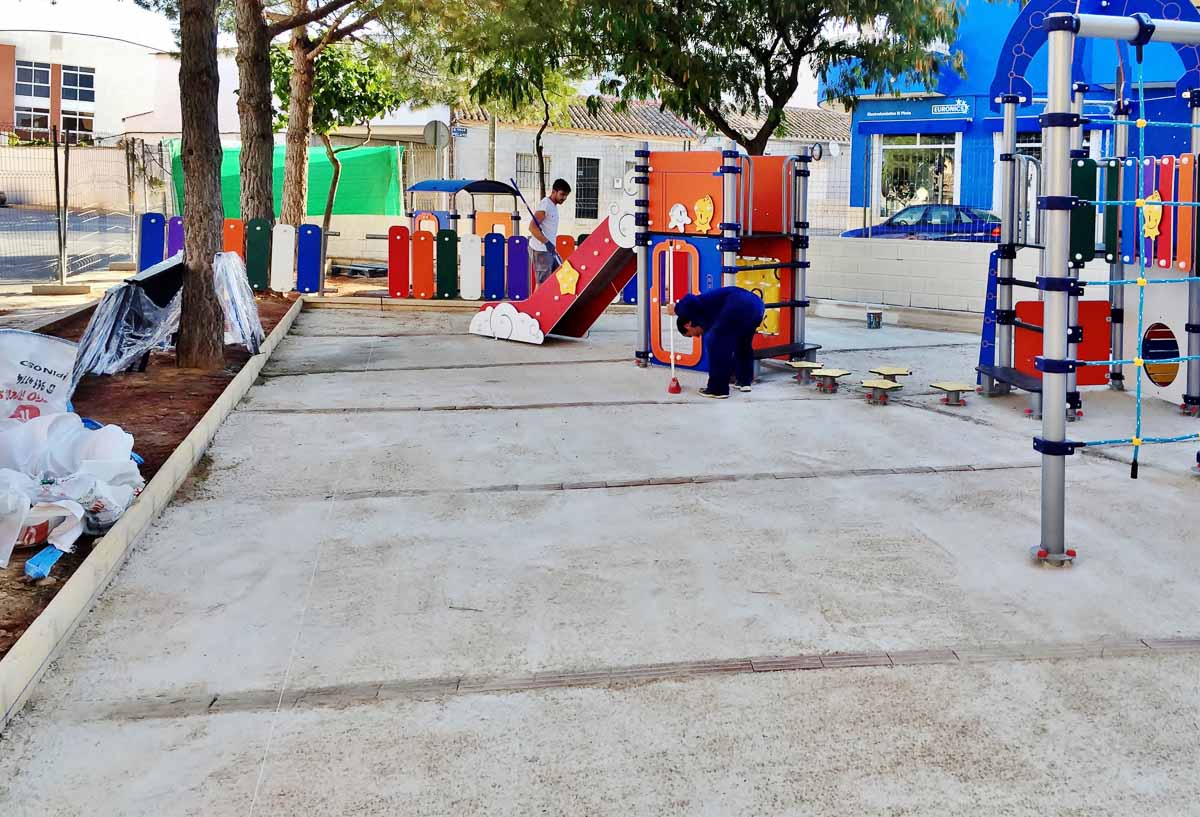 Cleaning and preparation of the floor base made of cement mortar, after anchoring the tubular structures to the concrete deck. 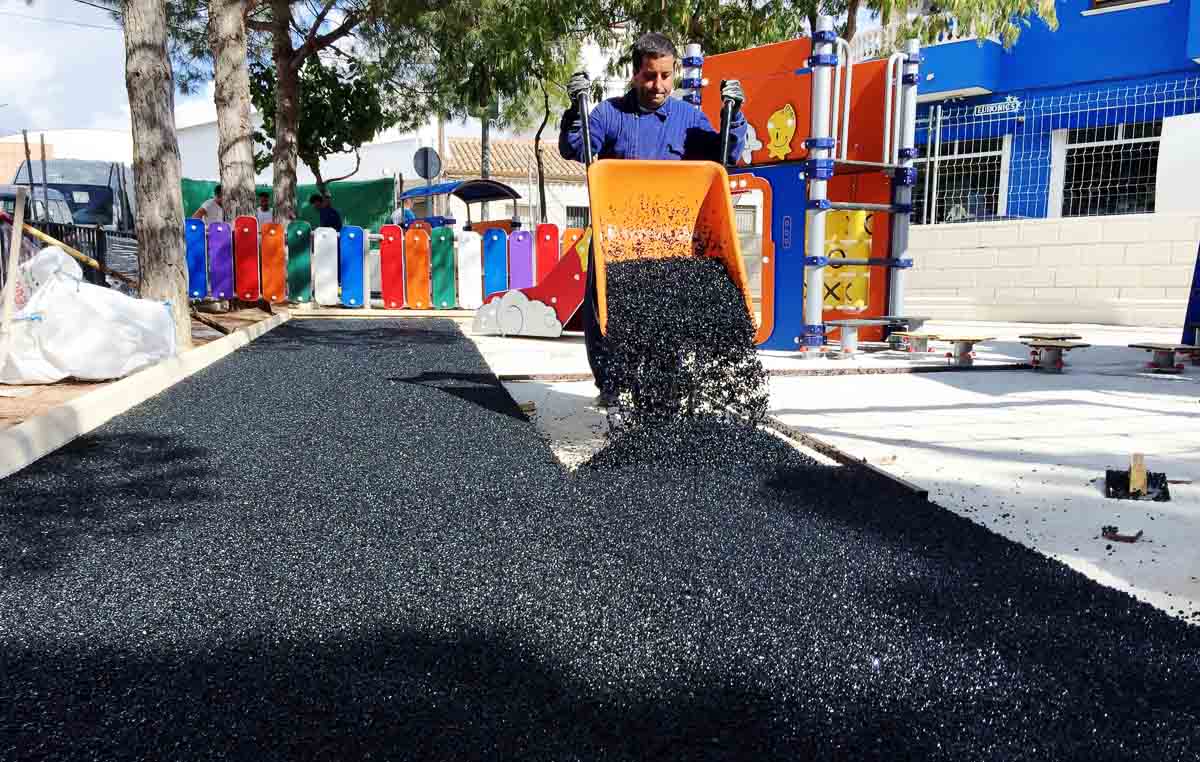 Placemente of the first layer of the pavement composed of resin mortar and recycled rubber. 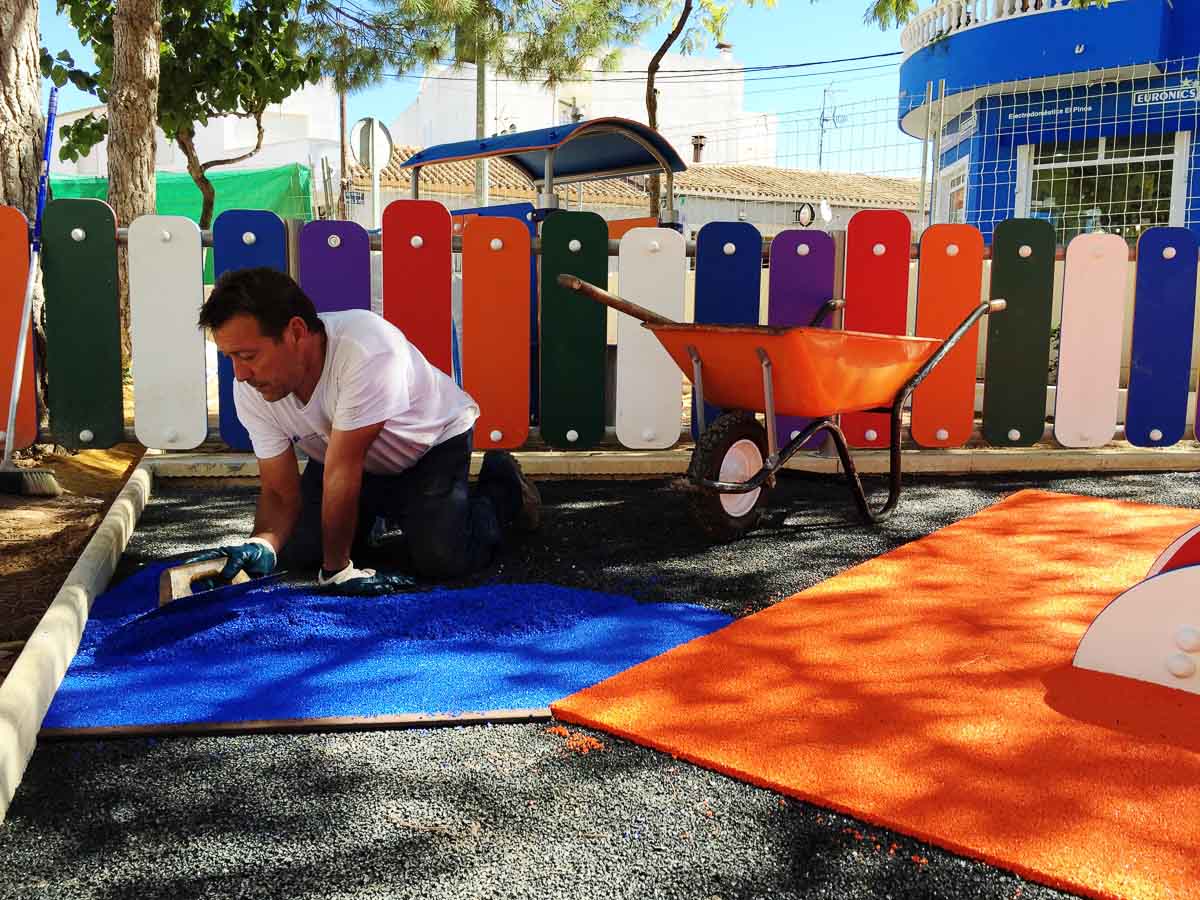 Application and smoothing of the second layer of the finish, consisting of resin mortar and colored rubber. This phase requires mucjh of care and dedication to obtain an optimal finish. 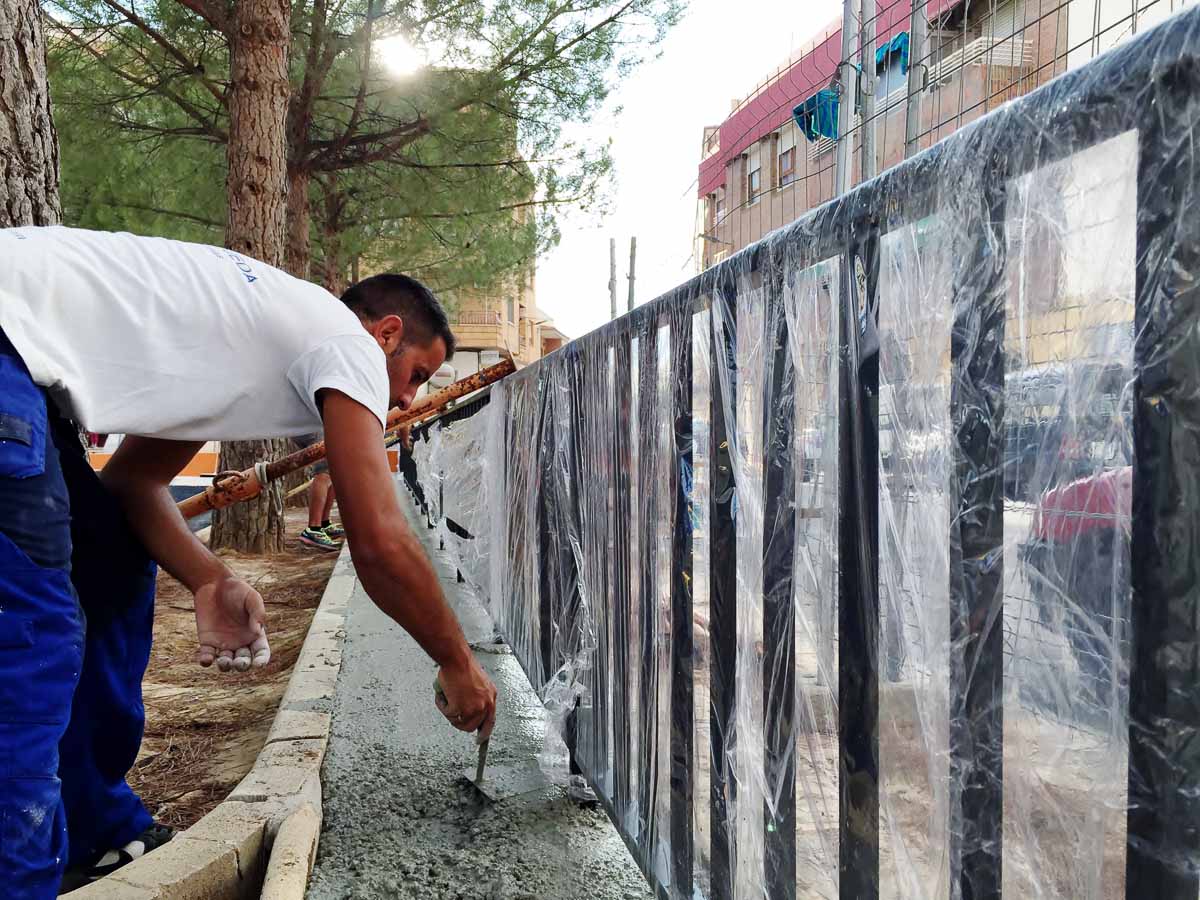 Placement of the perimeter fence over a reinforced concrete base to ensure the maximum stability. 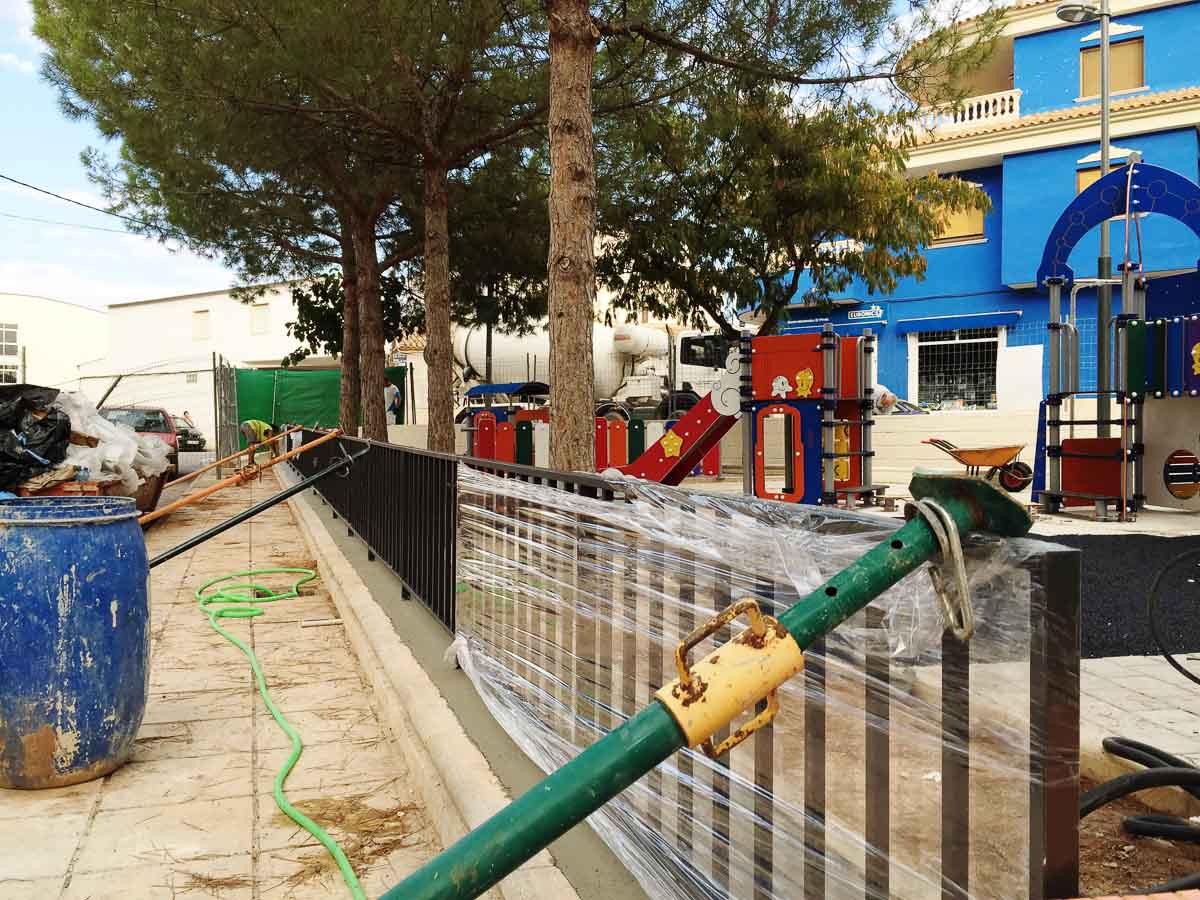 Curing of the concrete. Propping up and correction of possible imbalances. 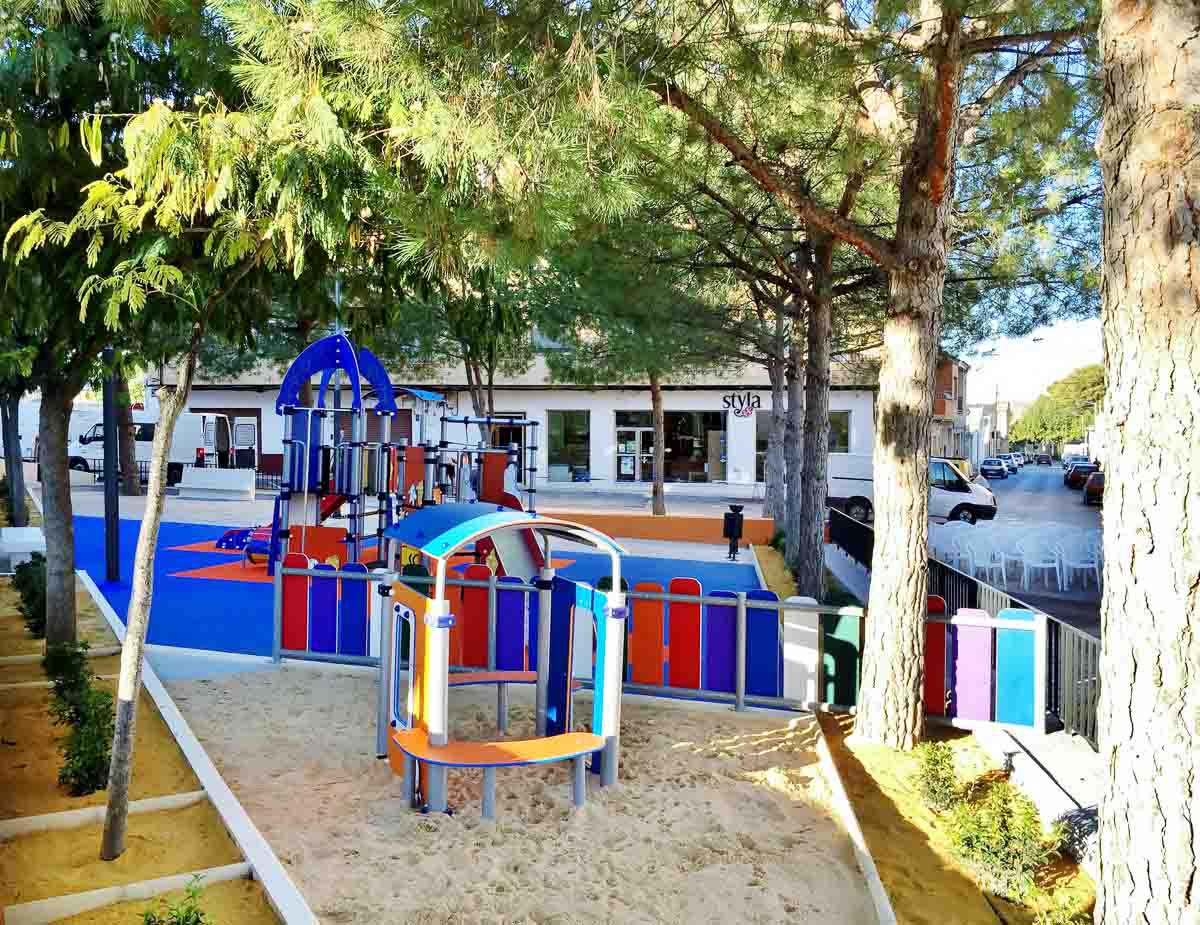 The renovation of a public space requires attention to every detail. From the finish of the rubber flooring to the executionof the walls, the fence, benches and the pits that surround it, the entire process has been developed with the aim of achieving a unitary and renovated public space. 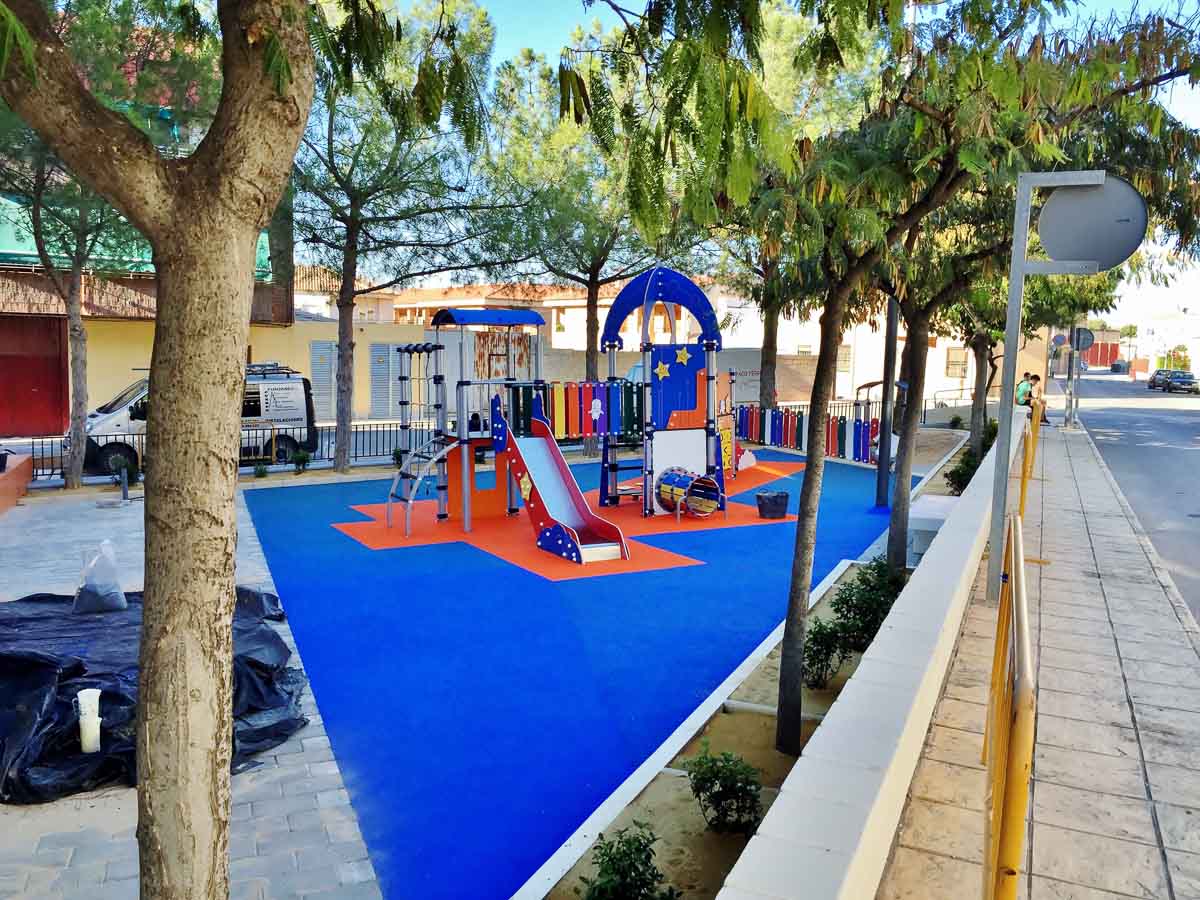 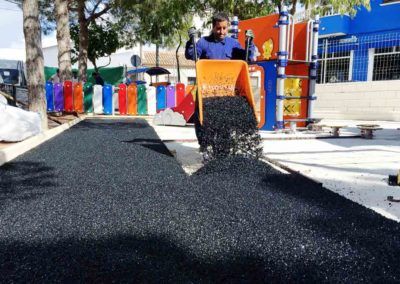 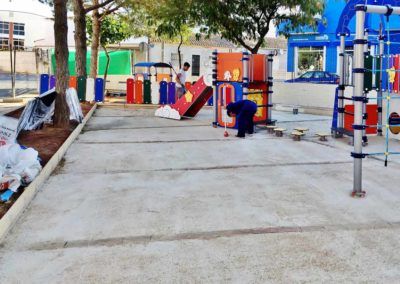 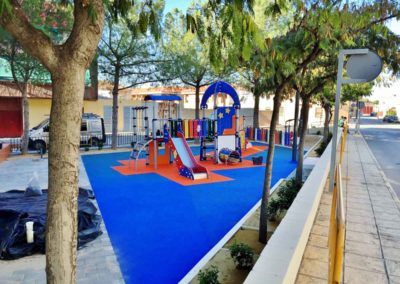 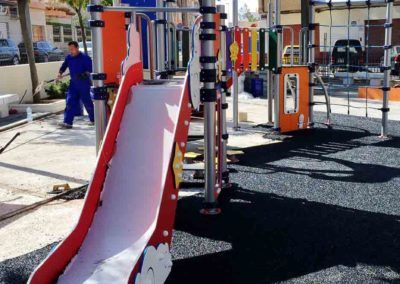 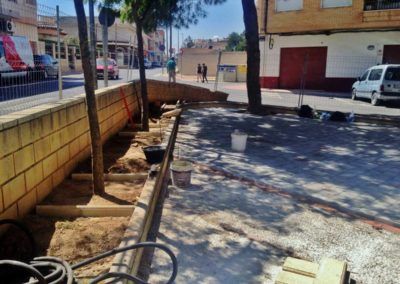 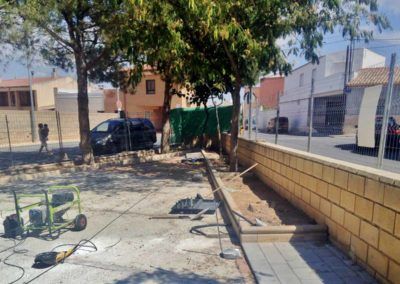 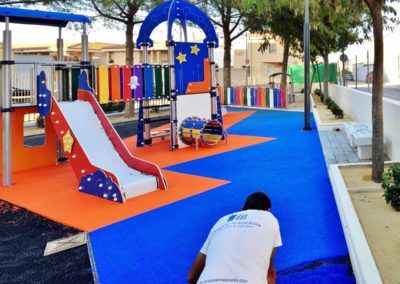 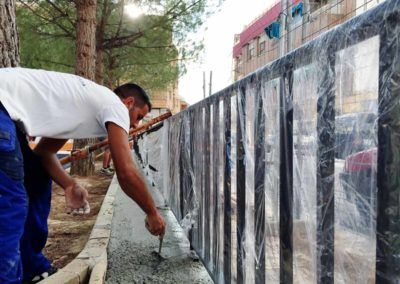 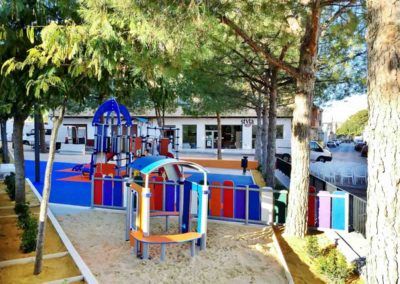 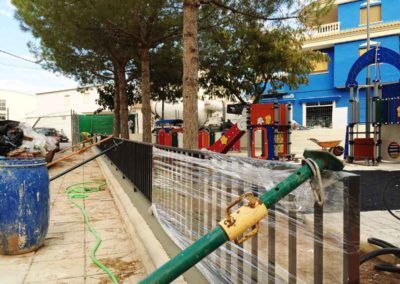 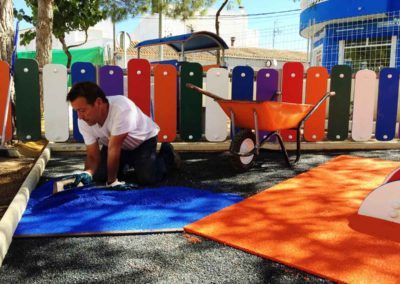 We take care of every detail